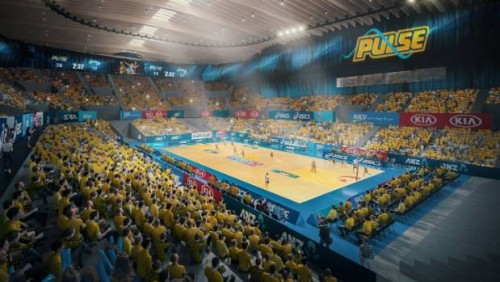 Wellington's regional mayors have expressed a "strong preference" for a new 10,000-seat indoor arena to be built on a site between the city’s Westpac Stadium and Railway Station.

Moving the plan forward, the mayors hope that, when complete, the proposed arena will attract big-name entertainers who have until now shunned New Zealand’s capital in favour of venues in Auckland, Christchurch and Dunedin.

Wellington Regional Economic Development Agency (WREDA) has been enlisted to carry out a feasibility study scrutinising design, location, cost and funding options, after a meeting of mayors on this week.

Wellington Mayor Justin Lester estimated it would cost between $130 million and $180 million to build, with $60 million already set aside for the project in Wellington City Council's Long-Term Plan.

The planned venue would have a 10,000-seat capacity, with the option to extend to 12,000 when necessary. A timeline on when it could be up and running was not indicated, but WREDA has been asked to report back "as soon as possible".

Wellington Chamber of Commerce Chief Executive John Milford also backs a new venue near Westpac Stadium was the best option, explaining “if we don't have these facilities, the shows, the performances, the sporting events, whatever it is, then we can't benefit as a city and all of the things that fall out of that.

"It's obviously got to be multi-functional, it's got to be at a transport hub … so ideally, it should be in the vicinity of where the stadium is."

Mayor Lester also prefers a venue on the elevated concourse between the city’s Westpac Stadium and Railway Station, but concedes that cost will be a defining factor, as the land would need to be acquired or development rights secured.

Mayor Lester stated "one other option we could look at is Petone, but there are two options close to the stadium – and they would be everyone's preferred options A and B – and option C would be Petone."

If the proposal gets the go-ahead, the venue would eclipse the 5600-capacity of TSB Bank Arena on the Wellington waterfront.

Concert promoter Phil Sprey felt sure the venue would fill a gap in the market, explaining that Wellington is missing out on major performers, stating “that's everybody from Justin Bieber to Andre Rieu, and Disney on Ice."

Image: A concept design for the proposed indoor arena earmarked for Wellington.