US waterpark to tear down slide responsible for child fatality 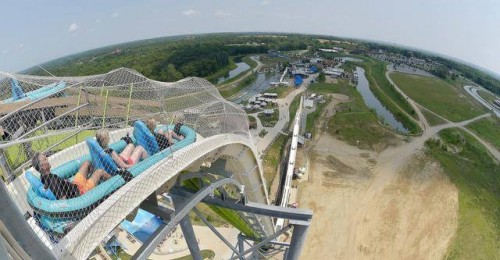 With a heightened global focus on amusement ride safety, a US waterpark is to dismantle what had been the world’s tallest water slide, on which a boy was decapitated in August.

The Schlitterbahn waterpark in Kansas, USA has announced that it will remove its Verruckt (which means insane in German) waterslide, which had been closed since 10 year-old  Caleb Thomas Schwab died while riding it on 7th August.

Schwab was riding the raft with two women (who suffered minor injuries) when it left the slide.

The 17 storey high ride (taller than Niagra Falls and New York's Statue of Liberty), which hurtled riders at speeds of up to 80 kilometre/hour will be permanently removed from after an investigation into the tragedy is completed.

In a statement, a spokesperson for Schlitterbahn Waterparks and Resorts advised “in our opinion, it is the only proper course of action following this tragedy”, adding that “all of us at Schlitterbahn have been heartbroken over the tragedy that occurred on Verruckt”.

In Queensland, Ardent Leisure, which owns Gold Coast themepark Dreamworld, has announced that it will dismantle and permanently close the Thunder River Rapids ride that killed four people in October.

As with Dreamworld’s Thunder River Rapids ride, Schlitterbahn’s Verruckt was not developed by a major ride manufacturer but was manufactured in-house. 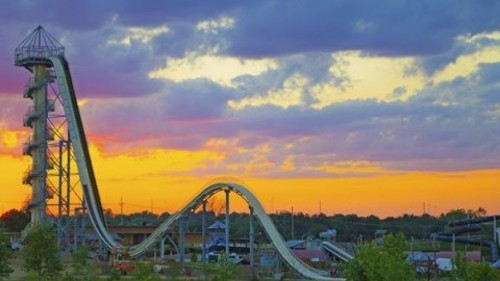 According to UK newspaper The Sun, the State of Kansas “is known for its light regulation of amusement park rides, and the Texas-based company that operates Schlitterbahn lobbied legislators to help ensure that it remained responsible for its own inspections.”

Kansas reportedly mandates annual inspections of permanent amusement park rides but allows private inspectors to do the checks, rather than requiring a state inspection.

According to The Sun, a document released by Kansas’ Department of Labour after Schwab's death showed that all of Schlitterbahn's rides passed private inspections in June.

Schlitterbahn Waterparks and Resorts’ statement noted that "the safety of our staff and our guests is our top priority.

"In our 50 years of providing an environment for families and friends to gather," the statement read, adding that the company has "never experienced this kind of devastating event."