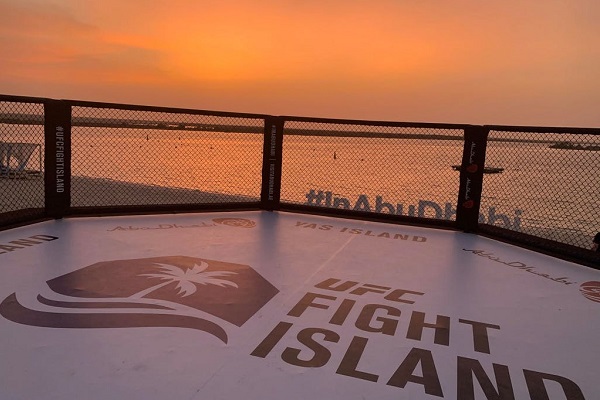 Middleweight title bout UFC 253 between Israel Adesanya and Paulo Costa was the first in a five-event UFC series taking place at Yas Island’s Flash Forum, with the pre-fight face-off between Adesanya and Costa setting new records.

Following a hugely successful debut in July, the second instalment of UFC Fight Island has become the first time that two consecutive UFC numbered events (UFC 253 and UFC 254) will be held in the same city outside of the US city of Las Vegas. In addition, the face-off between the headline fighters before Sunday morning’s clash brokeg UFC viewership records online.

The video of Adesanya and Costa facing off is now the most shared video of all time on UFC’s Instagram account, becoming the most viewed face-off in UFC’s Instagram history, recording more than 7.6 million views, 1.5 million more than the face-off between Khabib Nurmagomedov and Connor McGregor in 2018.

Footage of the face-off has become the most viewed post on UFC Asia’s Facebook page with more than 8 million views. It has attracted more than 26 million views across all UFC social media accounts.

Fight Island has served as a hub for UFC fights involving international athletes, with all fighters and coaches tested for Coronavirus before entering the event's safe zone on Yas Island.