Twin Melbourne conferences to address role of women in sport 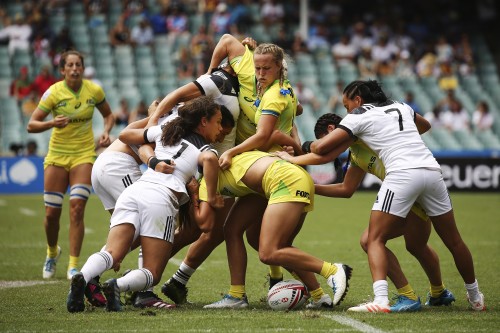 Being presented by Liquid Learning, the premier Women in Sport Leadership Summit, will focus on developing and refining women’s personal leadership style and will offer delegates the opportunity to learn from Australia’s top sport leaders as they discuss their career paths and the impact they’ve striven to achieve.

Introducing the event, a Liquid Learing spokesperson advises “it’s time we had a conversation about the consistently low numbers of women serving on boards, leading from executive positions and filling decision-making roles across Australia’s sporting landscape.

“Research has shown how organisations that embrace diversity across leadership structures perform better than those that don’t.

“This event is about your leadership journey. It’s about giving you the tools you’ll need to conquer your career.”

With Carol Fox, President of Women Sport Australia, as the MC, the four-day event is being staged at the Rendezvous Hotel Melbourne from Tuesday 19th to Friday 22nd June.

Being held from Tuesday 21st to Thursday 23rd August at the Melbourne Cricket Ground, the Women in Sport Summit 2018 will highlight the key areas where female audiences, athletes, and executives are growing and changing the business of sport.

Presented by Konnect Learning, the event will feature chief executives, general managers, marketers, commercial managers, participation managers and athletes interrogating how sports organisations can drive equality and grow their businesses with increased female engagement across the board.

Konnect Learning advise “women make up 51% of the population and hold the purchasing power in 72% of households, yet most sporting codes do not actively encourage female participation, marketing messages do not speak to women and future leagues are in their infancy.

“As women begin to take centre stage in typically male dominated arena now is the time to focus on the issues that will shape its future.”