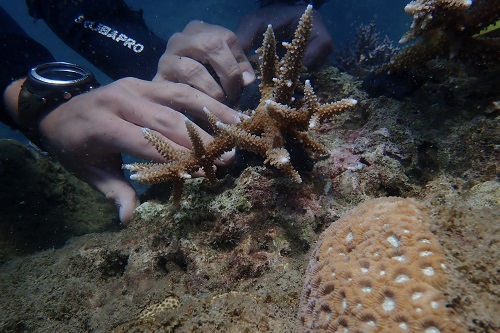 Tropical North Queensland has celebrated tourism excellence and innovation by acknowledging the people and businesses at the forefront of the industry in the region.

Commenting that the industry was fortunate to have passionate, knowledgeable people working to continually improve the local tourism offering, Morris stated “these awards recognise the importance of these people and tell the story of where we have been, giving us a strong base to grow from.

“Our young people are the future of the industry as their thinking will be what leads us to take the next bold step forward to ensure our industry successfully evolves, so it is important that we salute their contribution as well.”

Chairman’s Award for Excellence - Ironman
Sponsored by Cairns Regional Council
Now in its seventh year, Ironman has made a huge impact and contribution to the tourism industry in Tropical North Queensland. With the reef and rainforest as a backdrop, the international triathlon quickly grew into a major event that has given Tropical North Queensland a solid reputation as a sporting events destination, further cemented by the selection of Cairns as the location for Ironman Asia-Pacific for the past three years. Last year more than 3500 athletes competed in the full and 70.3 Ironman with more than a third coming from interstate and overseas. The event generated $1.3 million in media coverage to a global audience of 4.4 million while social media posts reached 5.1 million.

Outstanding Contribution by an Individual - Paula Wallace
Paula started early in the tourism industry at the Wallace family business, Quicksilver, which launched the first vessel to take passengers on scheduled trips to the outer Great Barrier Reef.  Wallace worked in a range of operations including front office and on the boats. When Quicksilver was sold she became General Manager of the family business Big Cat Green Island Cruises and took it on to become a very successful operation.

Wallace has worked tirelessly in sales and marketing and has been a long-term supporter of the tourism industry.

Life Member - Gary Young
AFL Cairns Managing Director Gary Young was the first to market Kuranda Scenic Railway internationally by hunting in a pack with the tourism road warriors of the past. He created the planes, trains and automobile golf days to promote the region’s tourism transport industry. Young’s experience led to him becoming a Tropical North Queensland and Queensland Tourism Awards judge and he happily shared his knowledge with local nominees at mentoring sessions. Some may have thought he left the tourism industry when he moved to AFL Cairns, but instead he brought the tourism industry to AFL by bringing pre-season and then national AFL and cricket games to Cairns. Young worked with Tourism and Events Queensland to put Cairns on the national events stage by utilising the AFL venue for events like the Elton John concert.

Young Achiever Excellence Award - Jasmine Porteous, Castaways Resort & Spa Mission Beach
Sponsored by Host Plus Hospitality Super Fund
Castaways Resort & Spa General Manager Jasmine Porteous started her tourism career as a chef, joining the Mission Beach resort 10 years ago. She then worked in every aspect of the business before taking on the general manager role in 2016 and today is part of the team project managing the $70 million rebuild and expansion of Castaways.

Porteous is the Chair of both Tropical Coast Tourism and Mission Beach Tourism, and secretary of Cassowary Coast Economic Development.