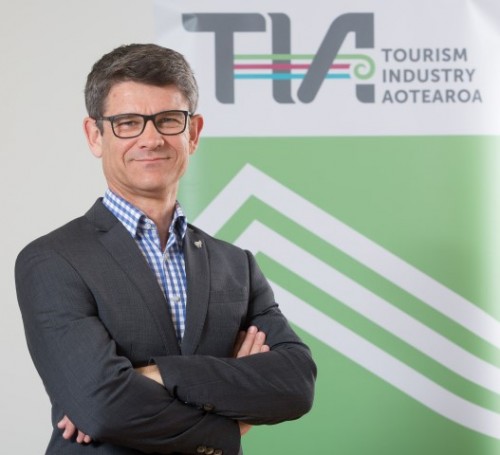 New Zealand was just 61 visitors away from reaching the milestone of 3.5 million international visitors for 2016, with those visitors making a vital contribution to New Zealand’s economy.

Welcoming what was the biggest ever increase in international visitors for a single year, Tourism Industry Aotearoa (TIA) Chief Executive Chris Roberts (pictured) commented “our challenge now is to maintain the growth trajectory in a sustainable way.

“Around half the growth is coming from New Zealand’s biggest three visitor markets - Australia, China and the USA ... but all source markets are growing, which provides resilience to any market shocks.”

New Zealand also recorded impressive growth from some of the Asian markets, with South Korea up 27%, Malaysia 51% and the Philippines up 45% on 2015.

The number of visitors from Argentina has almost trebled, showing the value of new air services like Air New Zealand’s Buenos Aires–Auckland service.

The growth means the industry is well on its way to achieving its Tourism 2025 aspirational goal of growing annual tourism revenue to $41 billion by 2025.

Roberts added “our challenge now is to encourage international visitors to disperse to all parts of the country, and to come to New Zealand in autumn, spring and winter so we can avoid capacity constraints and improve productivity.

“However, we do need to invest for success. We need well targeted investment in infrastructure so we can sustainably manage future growth.”

TIA is currently conducting a National Tourism Infrastructure Assessment, examining the full range of infrastructure challenges and where the priorities for development might lie.

The research is due to be completed in a few weeks.