The South Australian Tourism Commission (SATC) has launched the South Australian Visitor Economy Sector Plan 2030, setting out a plan to grow the state's visitor economy to $12.8 billion by 2030 and generate an additional 16,000 jobs.

The Plan focuses - which focuses on six priority areas: Marketing, Experience & Supply Development, Collaboration, Industry Capability, Leisure & Business Events and Promoting the Value of Tourism - has been developed with extensive consultation across industry and the South Australian Government.

Recent figures released by Tourism Research Australia (TRA), show that South Australia’s tourism industry is booming, with the total number of people employed in the sector having risen to an all-time high of 38,900 – a 4% increase or 1,616 jobs on the previous year.

This follows recent news that South Australia’s tourism expenditure has hit a record high $7.2 billion at the end of March 2019.

South Australian Minister for Trade, Tourism and Investment, David Ridgway said the figures demonstrate the growing strength of the sector and highlights its broader contribution to the local economy, advising "tourism is such a critical part of the state’s employment focus, now employing more than four times as many people as the mining sector.

“The sector has enjoyed record growth in both expenditure and employment over the past few years and with the recent release of the South Australian Visitor Economy Sector Plan 2030, we now have a roadmap to build on this momentum.” 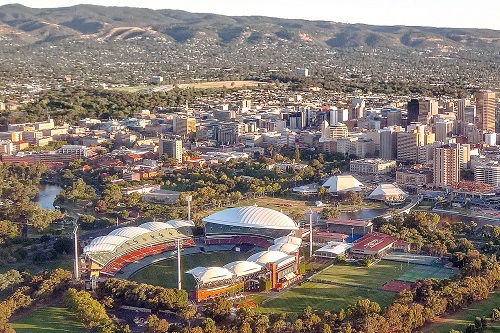 Outlining this, Minister Ridgway added "following a massive increase of $21.5 million to the Events Bid Funds as part of our election commitment, we have now allocated a further $43 million over four years to ensure the SATC can continue to market our State on the world stage.”

He advised "this is great news for our state’s tourism industry and shows the SATC is well on its way to achieving its original 2020 target to generate an additional 10,000 jobs in the sector

“When you consider that the growth in tourism related jobs has doubled the rate of overall employment growth in the state over the same period, this is a fantastic result.

“And when you add-in people indirectly employed in the industry, the number skyrockets to 61,300.”

“With so many people reliant on this industry the SATC will continue to work tirelessly to promote the State and run world-class events to drive visitation.”

The SATC's original South Australian Tourism Plan 2020 was published in 2014 after extensive consultation with over 400 members of the tourism industry. At the time the South Australian Visitor Economy was worth $5.1 billion, and the plan set an ambitious target of reaching $8 billion by December 2020.

With 2020 fast approaching, the SATC has developed the South Australian Visitor Economy Sector Plan, setting the vision for the industry through to 2030. As with the previous plan, the new plan has been developed for industry, by industry.

Almost 700 stakeholders contributed to the new Visitor Economy Sector Plan which saw SATC conduct 37 hours of workshops at 16 locations across the state.

For more information go to tourism.sa.gov.au/research-and-statistics/strategies/tourism-plan-2030

Images: Balloon tour over the Barossa Valley (top) and the Adelaide Oval and CBD (below).