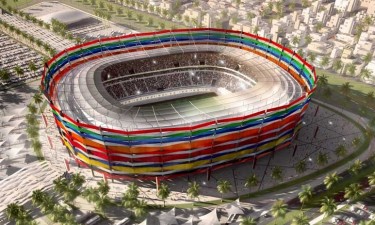 A World Cup task force appointed by world football governing body FIFA has recommended the 2022 World Cup in Qatar be shortened and held in November-December to avoid the Arabian Gulf's scorching summer temperatures.

Following the meeting of the task force in Qatar, FIFA General Secretary Jerome Valcke stated "there is one solution, November-December."

FIFA's Executive Committee will make a final decision on the scheduling at a meeting in March, although with a FIFA statement explaining "the proposed event dates have the full support of all six confederations", that decision would now appear to be just a formality.

FIFA said the task force had also recommended a shorter competition, but omitted to say by how much the tournament would be shrunk.

The statement added "the outcome of the discussions is also a proposed reduced competition days schedule with the exact dates to be defined inline with the match schedule and number of venues to be used for the 22nd edition of football's flagship event."

A shift to November-December faces resistance from European clubs who fear major disruption to the Champions League and championships in England, Germany and Spain.

Traditionally the World Cup is played in June and July and if the competition is shifted to November and December, European clubs may well seek compensation.

However, European football's governing body, UEFA, has already accepted a switch to winter.

Ever since the FIFA executive committee controversially voted, in December 2010, for Qatar to host the tournament in preference to the USA, Australia, Japan and South Korea, ignoring an inspection report that warned of a high risk to players and fans from the extreme summer temperatures, there has been a continuing debate about when it should be played. Temperatures regularly approach 50C in summer but the average temperature in November is 29C, dropping to 25C by mid-December.

Organisers, who have always insisted they were prepared to host the tournament in either summer or winter, had originally claimed that air conditioning technology would lower temperatures within grounds to acceptable levels.
With AFP