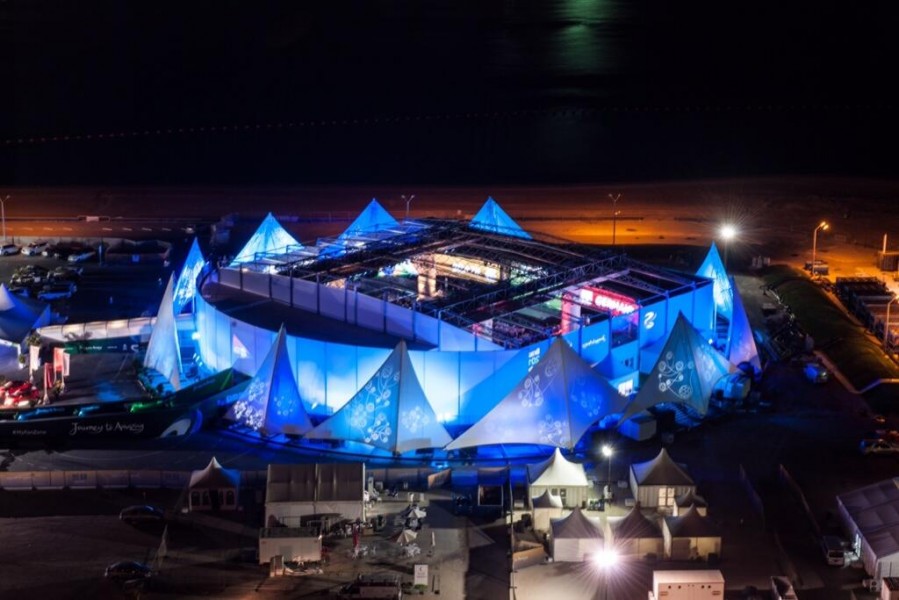 The World Cup fan zone at Katara Cultural Village features a retractable roof and is cooled using a prototype of one of the systems that Qatar’s Supreme Committee for Delivery and Legacy is developing to use in stadiums and other public areas when it hosts the FIFA World Cup in 2022.

Despite ongoing investigations into processes surrounding Qatar’s bid to host the FIFA World cup 2022, the nation’s preparations have continued with introduction of the cooled fan zones for supporters in Doha watching the current tournament in Brazil.

Ahead of the World Cup tournament in eight years time, Qatar is looking to develop a more efficient cooling technology for its stadiums, in order to combat the soaring summer temperatures of over 40 degrees.

When Qatar was awarded the tournament in December 2010, its plan included staging the event during the summer months using air conditioned stadiums.

A small, solar-powered prototype stadium seating 500 was built during the bid process, but organisers want to develop more efficient technologies ahead of 2022. 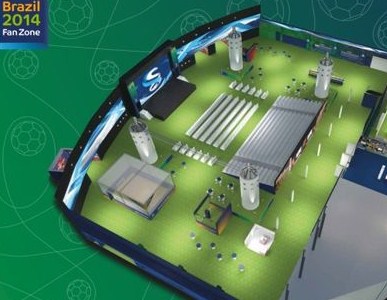 At the Aspire Zone Foundation Fan Zone, the size of a full scale football pitch, visitors experience the cooling technology developed for use on training pitches and spectator walkways in 2022.

Speaking to media in Doha, Executive Director of Communications and Marketing for the Supreme Committee for Delivery and Legacy Nasser Al Khater said the trials have been a success.

Al Khater explained “we had a challenge, which is to try different cooling types and technologies for public places (and) I can say that we succeeded in this mission.

Images coutesy of the Supreme Committee for Delivery and Legacy.