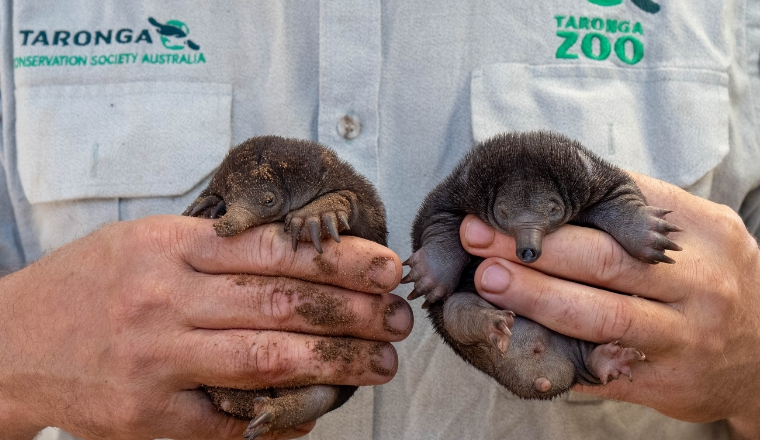 The endangered animals breeding program at Taronga Zoo Sydney has been boosted by the birth of two Echidna puggles.

The puggles, who hatched in August to two separate mothers, are a promising step in the ongoing breeding and conservation of this species.

The puggles are only the seventh and eighth to be born in the history of Taronga Zoo.

It is hoped that what keepers learn about the successful reproduction of Short-beaked Echidnas can be applied in the conservation of the critically-endangered Long-beaked Echidna found in Papua New Guinea and Indonesia.

The puggles are nearly four months old and are not ready for public display as they still require continued care from their mothers and keepers.

Echidnas are known to be a very challenging species to breed in a zoo environment, because they display very complex courtship behaviours.

Although the Short-beaked Echidna is the most widespread native mammal in Australia, there is still much to be learnt about this species due to their cryptic behaviour and reclusive nature.

Minister for Environment, Local Government and Heritage Gabrielle Upton said it's incredible that the breeding behaviour of some of Australia’s most famed wildlife is not yet fully understood.

“Having the treatment facilities so the mother and newborns have the best chance of survival is of utmost importance. I am proud that Taronga Zoo Sydney is helping to advance understanding of this protected NSW species,” Minister Upton said.