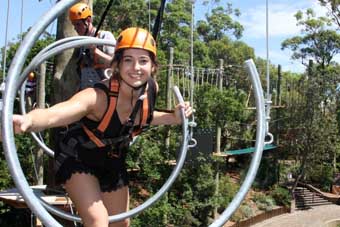 The significance of Taronga Zoo and Taronga Western Plains Zoo as visitor attractions has been recognised with the receipt of three awards at this year’s annual NSW Tourism Awards.

Following the win of Major Tourist Attraction, Taronga will now be inducted into the NSW Tourism Award Hall of Fame for winning the title three years in a row.

Kerr explained “for Taronga to receive such prominent state recognition again is a great honour and reconfirms the Zoos’ faith in the power of wildlife to inspire people of all ages.

“Modern zoos work hard to maintain the quality of their visitor experience and contribution to conservation. We are very proud that the innovations and initiatives we have implemented over the past year have been recognised again at these important industry awards.” 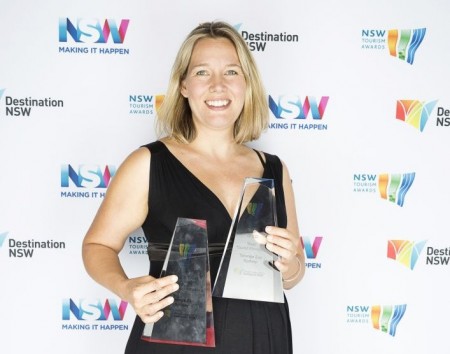 In the last year, Taronga Zoo attracted more visitors than ever thanks to a commitment to give its guests a great day out enjoying wildlife. Taronga also revamped the popular Twilight at Taronga concert series, which was awarded Highly Commended in the Events and Festivals Category, and introduced the Wild Ropes course to provide guests with new and exciting ways to experience nature and wildlife.

Taronga Western Plains Zoo has enjoyed huge success in the past year receiving an overwhelming response to its redeveloped Zoofari Lodge, building on the Savannah Cabins’ opening in September 2014, as the third accommodation option for the Zoo. Taronga Western Plains Zoo welcomed four elephants from Taronga Zoo in Sydney, and made tremendous achievements in its breeding programs including a Black Rhino calf in April, and three lion cubs born in February 2015.