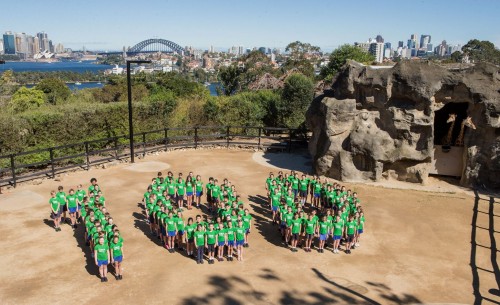 Taronga Zoo is celebrating its 100th birthday today with a party for its animals and thousands of special guests.

Minister Speakman paid tribute to the staff, scientists and volunteers who had worked hard to make Taronga a world leader in wildlife conservation.

He stated “over the past century Taronga has transformed itself from a place of entertainment to an internationally recognised conservation hub, working well beyond traditional zoo boundaries to prevent the poaching and trafficking of wildlife, protect and regenerate critical habitat and increase understanding of wildlife around the world.”

Birthday celebrations included a special breakfast for the zoo’s Giraffes and pinatas for the Asian Elephants. A birthday ballot saw free tickets go to 5000 lucky supporters, treated to animal presentations, performances and a two-metre long cake in the shape of Taronga’s famous entrance.

Taronga Zoo Chief Executive Cameron Kerr said the celebration both marked the past 100 years and launched the next.

Kerr added “in this pivotal 100th year, we are setting out to make crucial and positive impact on the future of ten vitally important species from Australia and Sumatra. From the Asian Elephant to the Corroborree Frog, Taronga has committed to support these species for the next decade and secure their future for the next 100 years.”