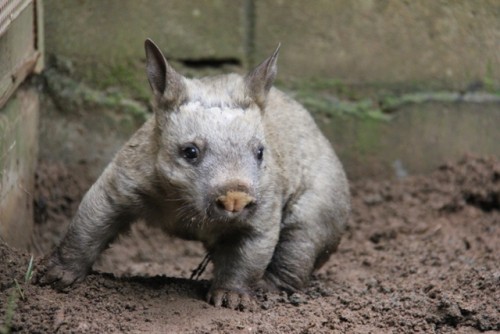 The joey has been named ‘Kibbar’, which means stone in the Guringai language. Zoo keepers said that at just over 7 months old, Kibbar is already proving to be very tough and independent.

A Zoo spokesperson explined “Kibbar has a very strong and confident personality.

“From the day she emerged from the pouch she was happy to explore behind the scenes without mum and approach us in curiosity.

“She is often seen out in the keepers’ corridor exploring while her mother is in the dens sleeping, and now that they go outside into the exhibit, she is quickly learning to dig and play in the dirt.”

Her birth continues Taronga’s successful breeding program for this species, however it did take a while for the Zoo to see results after years of effort.

The program was begun to help keepers understand the species’ breeding behaviours so that they may be able to support their critically endangered cousin, the Northern Hairy-nosed Wombat of which only about 100 remain in the wild, in Queensland.

Unfortunately due to the spread of the parasitic skin disease, Sarcoptic Mange, as well as habitat destruction, Southern Hairy-nosed Wombat numbers in the wild are now also decreasing drastically. Kibbar’s birth gives her keepers even more reason to celebrate. 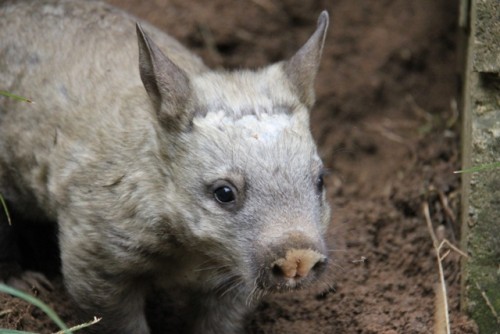 The Zoo’s Australian Fauna keeper, Farley Macdonald, added “obviously it’s lovely to see Korra with a young, but it’s just nice to know that this baby is potentially helping all those wombats in the wild that are suffering.”

Keepers first saw Kibbar in mum, Korra’s pouch in November 2015 when she would have been about one and a half months old. Since leaving the pouch at six and a half months and weighing about two kilograms, Kibbar has already put on an extra kilo.

Macdonald added  “Kibbar is comfortable with us so we can pick her up to weigh her and to give her a health check.”

Once Kibbar is around two years old, she will also join the breeding program.