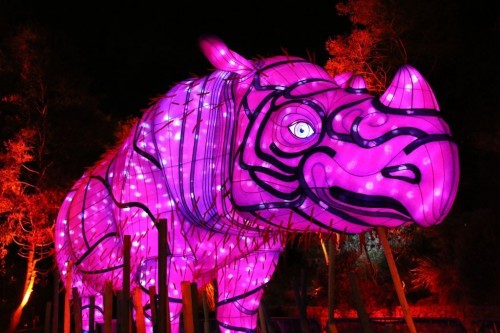 An illuminated trail of giant animal lanterns will be lighting Taronga Zoo during the 2016 Vivid Sydney spectacle.

Linking the world’s largest festival of light, music and ideas, to the Zoo’s centenary celebrations, the collection of multimedia light sculptures is among the largest and most technologically advanced lanterns ever featured in Vivid Sydney.

Created by Ample Projects, the lanterns depict a six-metre-long Platypus, a Marine Turtle with moving fins, a growling Sumatran Tiger and a bright blue Asian Elephant.

Taronga Zoo’s Director, Cameron Kerr explained “these amazing sculptures represent 10 critical species from Australia and Sumatra that Taronga is committed to protecting, from the majestic Asian Elephant to the tiny Corroboree Frog. 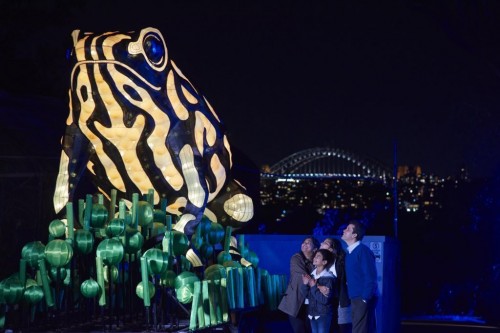 After the animals have retired to their night quarters for the evening, the lights of Vivid Sydney at Taronga Zoo will take centre stage. Visitors will be welcomed by a grand projection onto the façade of the Zoo’s historic Main Entrance that will set the scene for the colourful journey to follow.

The 10 giant lanterns will be augmented by a supporting cast of creatures, including an echidna, chameleon, crocodile, cicadas and even a funnel-web spider, along with smaller lanterns made by NSW primary school students as part of Taronga’s Centenary education program.

Kerr added “more than 3,400 students have helped build 1700 mini-lanterns for display. These students are also becoming champions for the wild, studying the threats facing these species and developing ways to support wildlife in their own schools and community.”

For more information go to www.taronga.org.au/vivid