Survey shows Taronga Zoo to be NSW’s most popular attraction 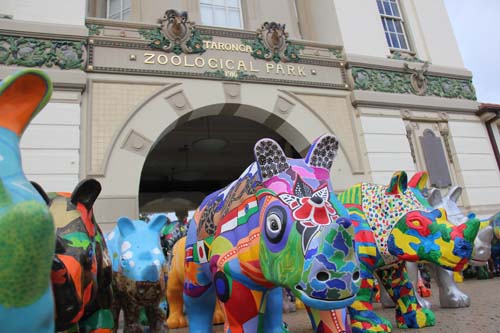 A new survey shows that Taronga Zoo is the number one attraction in NSW in terms of past visitation and intention to visit over the next 12 months.

In terms of past visitation, Sydney based attractions occupied the top four places in the survey in the following order: Taronga Zoo, the Sydney Opera House, Sydney Olympic Park and Luna Park Sydney.

The first attraction located outside Sydney was in fifth position: Jenolan Caves.

After launching and promoting its new Funnel Web ride in December 2012, Jamberoo Action Park reached the top four for intention to visit in the next 12 months with 17% of respondents intending to visit.

Newspoll conducted thes ruvey online between 28th February and 3rd March among a sample of 354 people, aged 18-64, living in NSW/ACT.

• Which of the following attractions located in NSW have you ever visited?

• Which of the following attractions located in NSW are you planning to visit in the next 12 months?

The research was led by Newspoll Account Service Director Frederic Anne, who formerly led the research department at Disneyland Paris.

Full results of the survey, including the profile of visitors and intenders for all attractions tested, can be purchased from Newspoll.