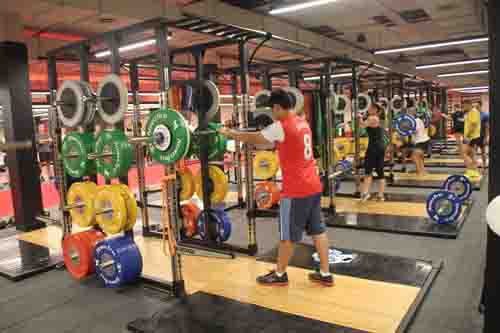 A potential takeover of Fitness First's clubs in the United Kingdom by sports retailer and rival fitness club DW Sports operator could lead to a carve up on the chain's global operations.

In March this year, Fitness First’s global owner Oaktree Capital Management mandated HSBC to advise on options for the global operator, which includes more than 300 clubs in Australia, the United Kingdom, Germany, India and South East Asia along with licensed operations in the Arabian Gulf.

Eager to expand, DW Sports is currently discussing a buyout worth £70 million (AU$120 million) to create a 140-strong gym.

The sale of the UK business would mark the first step in the long-expected break up of Fitness First’s global empire.

The group, which came close to collapse in 2012, has been transformed in recent years.

At the height of its difficulties is had around £600 million in debts and in the UK was forced to undertake a Company Voluntary Arrangement, a type of insolvency that companies turn to when faced with administration. Since then, it has sold-off a clubs, revamped existing sites and started to open new locations.

Oren Peleg, Fitness First’s global Chief Executive told UK-newspaper The Sunday Telegraph, “the success of the transformation has meant that people have started to pay attention to the business and it has been approached by a number of parties who have expressed interest.”

Peleg said businesses in the UK and Australia are now enjoying robust growth while in Asia, growth is mainly being driven by the opening of new clubs.

The turnaround has been driven by a £200 milion (AU$345 million) investment program that delivered distinct premium fitness experiences, differentiating Fitness First clubs from budget and 24/7 gyms.

In Australia, IBISWorld estimates Fitness First had $260 million revenue in the 2015/16 financial year and 18.8% market share, ranking as the largest player behind Anytime Fitness Australia (19.3%) and larger than Ardent Leisure's Goodlife business (13.4%).