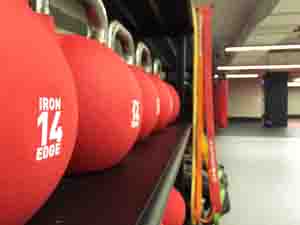 Following on from its announcement that it will open two clubs in Sydney’s Barangaroo, development, Fitness First is to invest a further $20 million on upgrades to its Australian centres over the next year.

In Australia following the recent Barangaroo announcement, Fitness First global Chief Executive Andy Cosslett stated that the Barangaroo gyms would be landmark offerings for the group, stating “with Barangaroo it has ticked the box in saying it is going to be a very successful site and then it ticked the box that said its going to be part of a Sydney CBD system of clubs.”

UK-based Cosslett stated “because we have been around for a long time we have more clubs in the (Sydney) CBD than anyone else so we use those as a system and we try to have different things in ­different clubs.”

Fitness First has significantly changed its strategy since 2012, when the then-financially stricken company’s global operations were bought by US hedge funds Oaktree Capital and Marathon. It quickly recruited Cosslett, the former Chief Executive of Intercontinental Hotels Group, to lead the group.

Under its old owners, private equity group BC Partners, Fitness First had a image issues relating to a perception of overly aggressive sales tactics, while it also came up against increased competition after the global ­financial crisis.

Following a major global rebranding at the start of 2014, Fitness First has embraced a range of functional fitness trends, made memberships more flexible, reduced sales commissions and increased trainer help for members. 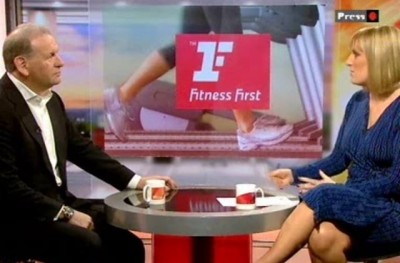 Andy Cosslett (left) being interviewed on the BBC.

It also sold its West Australian operations to Ardent Leisure’s Goodlife Health Clubs division while spending more than $60 million on upgrades to its gyms in other states.

Cosslett told the Australian Financial Review that the chain’s gyms that had been refurbished had seen an average increase in yearly revenue of 6%.

strong so we accelerated our program of investment and we are over two thirds of the way through it.

“We think we have completely changed the environment in which our members work out in; a lot of people find going to the gym an intimidating experience and we’ve tried to dismantle that and make it a very welcoming, inclusive and engaging experience.”