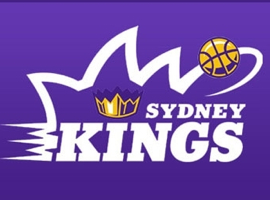 Set to join the NBL from season 2010/11, the team has announced a commitment to building connections with grass roots basketball participants.

Sydney’s NBL team were known as the Kings from 1988 through until the club’s license was terminated inJune 2008 after former owner Tim Johnston failed to remedy outstanding player payments outlined in a default notice issued to the club. As the Kings, Sydney won three consecutive NBL Championships in 2003, 2004 and 2005, and also advanced to the Grand Final in 2006 and 2008.

A new consortium made up of passionate basketball supporters with strong business credentials successfully applied for a license to play in the 2010/11 NBL season and have worked hard to resurrect the Sydney Kings name, one of the most well known sporting brands in the country and Asian region. The consortium is made up of a large number of investors so as to ensure the financial issues that saw the Kings exit the league as a result of its single-owner model can never again threaten the team.

The Kings consortium is led by former executive chairman of Myer and senior executive of Woolworths Bill Wavish, who will be the club’s Chairman, and also includes respected education manager and exporter Max Schroder, former West Sydney Razorbacks Chairman Phil Hudson and former Westbus owner and deputy chairman of the Razorbacks Jim Bosnjak. There are also a number of other consortium members confirmed who wish to remain as silent partners.

Iconic former Sydney Kings head coach and NBL Hall of Famer Bob Turner has taken over the role as General Manager for the new club and said the consortium was determined to rebuild the respect for the Sydney Kings organisation.

“The consortium of Sydney Kings owners is absolutely committed not just to the team but also to the sport of basketball,” said Turner. “We have sought investors who believe in the sport and are dedicated to the long-term success of the Kings and Sydney basketball as a whole.

“There are hundreds of thousands of basketball players in New South Wales and we are determined to put in the work necessary to build a mutually beneficial relationship with that latent support base,” Turner added, "but we can't do this alone. We need the Sydney basketball community to get behind us to bring back the Kings. We're determined to make a night at the Kings great fun, great basketball and great value. We ask everyone to get behind us. Head to our website and sign up with your support. Let’s all bring NBL basketball back to Sydney with a team we can all be proud of."

Basketball Australia Chief Executive Larry Sengstock said the decision by the Sydney team to use the highly recognisable Kings moniker was a sound one.

“The Sydney Kings have always been one of the best known sporting brands in Australia and synonymous with basketball in Sydney,” said Sengstock. “As a team, the Kings attracted a massive sell-out crowd of 10,244 to their final home game back in March 2008, so clearly there is significant fan support for the Kings as a club.

“I don’t think there was a sports fan in Australia who wasn’t disappointed at the way the Kings left the league so we are delighted that the club will have the chance to write a new chapter.

“The ownership group have sound business credentials, a passion for the game of basketball and a determination to link back to the community. Those qualities are all perfectly aligned with what we have been trying to achieve with the NBL. This announcement, coming on the back of a highly successful 2009/10 NBL season, shows that basketball is continuing to grow and move in the right direction.”

Kings consortium member Max Schroder said the team was committed to Sydney basketball stating “Like many others, I was stunned by the demise of the Kings, and resolved to get behind any serious attempt to revive the team.

“I was introduced to a group of like-minded individuals, determined that the team be placed on a sound business footing, run by people experienced in and committed to basketball, and rooted in the foundation of community involvement.

For more information go to www.nbl.com.au/kings