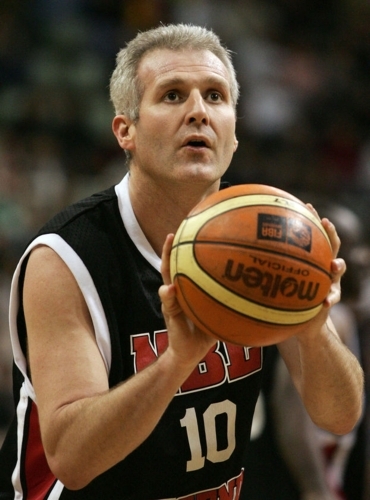 Gaze, who is generally acknowledged as the greatest player in NBL history, has been announced as Kings coach for a minimum of three years.

However, Gaze has not coached an NBL side before and will need to turn around a Kings team that finished last on the ladder last season, winning just six of 28 games.

Gaze won seven NBL Most Valuable Player awards during his time with the Melbourne Tigers, where he played under his father Lindsay. He also competed in five Olympics for Australia.

Gaze said his family encouraged him to take on the role with the National Basketball League franchise, stating "they were they were the ones that convinced me that this was the right thing to do. Them and my dad. My dad was really, really supportive.

"The Sydney Kings are a very iconic brand in the National Basketball League, and it's a great responsibility I feel that I have with the opportunity that's been presented to me.

"It's not only important to the Sydney and New South Wales basketball, but it is a very significant for the NBL."

The former Melbourne Tigers star said he was confident he could make the transition from player to head coach with ease.

He added "the basketball side of the thing is not my biggest concern.

Linked with the new ownership, the Kings will play out of the AEG Ogden managed Allphones Arena at Sydney Olympic Park.

AEG Ogden Chairman Harvey Lister explains that AEG, “the world’s largest owner of sporting franchises, has  has major ownership stakes in the LA Lakers, LA Kings and LA Galaxy, (so our) acquisition of the Sydney Kings is a perfect fit in a worldwide family of leading sports brands.”

Lister said it makes sense for the Kings to secure a long-term home at Allphones Arena, where stability and financial synergies can enable the team to reach its full potential, adding “in addition to its busy program as Sydney’s major concert and family event venue, Allphones Arena is focusing on marquee sports that inspire fans and ultimately drive increased attendance and revenue.

“We are impressed with the direction of the new NBL competition, and are already experienced in operating home venues for NBL franchises in Perth, Cairns and Brisbane, and are pleased to now include Australia’s largest market, Sydney.

“We also look forward to partnering with the NSW Government on driving visitation to Sydney for Sydney Kings games and to other marquee sports events at Allphones Arena.”

As operator of the new International Convention Centre Sydney (ICC Sydney) in Darling Harbour, AEG Ogden also has the flexibility to feature Sydney Kings games at ICC Sydney when Allphones Arena is not available.

The Sydney Kings new ownership and its new home at Allphones Arena is the subject of a feature in the March/April 2016 issue of Australasian Leisure Management.