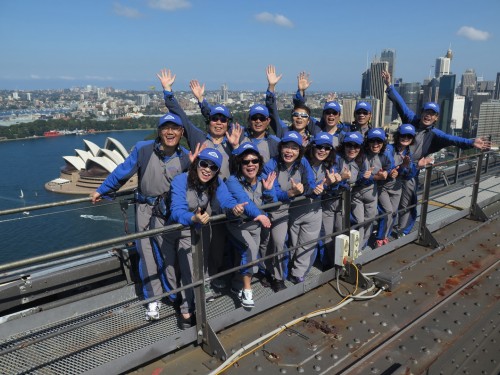 Developed and operated on a long term lease over the past 20 years by entrepreneurs Paul Cave, Jack Cowin and Brett Blundy, BridgeClimb Sydney is understood to have generated multimillion dollar profits for the business.

The world-leading venture’s contract is due to expire in September next year.

Conceived by BridgeClimb Sydney Chairman Cave, the attraction launched in 1998, introducing an innovative approach to safety with climbers locked in to a safety rail and unable to carry personal items that might fall on the roadway below.

Attracting tens of thousands of visitors a year, BridgeClimb Sydney’s reportedly rose by almost 25% to $16.2 million in the 12 months to June last year, on the back of a 17% boost in revenue to $49 million.

The business paid $17 million in dividends to its owners in the 2015/16 financial year, well as a further $2.75 million shortly afterwards.

The Roads and Maritime Services Expressions of Interest states that it expects the new contract to be for a period of 20 years, and the terms of operation "determined with the successful tenderer".