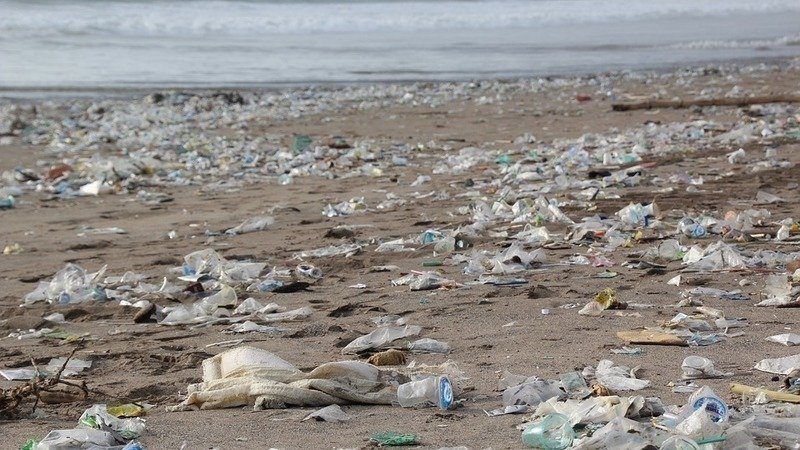 Bali’s garbage season, which runs from December to March, see thousands of tonnes of plastic debris washed onto the Indonesian holiday island's main tourist beaches, polluting the sand and making the prospect of a swim less than appealing.

Worsening each year, the shocking sight is having a real impact on tourism, and the official response is to try and sweep it away before visitors hit the beach each morning.

Wayan Suadiana, from the Housekeeping Workers Association of Legian Hotels told the ABC “this is so disturbing for the workers around here and of course for the tourists"The issue is to actually to find where the trash is coming from."

The Association sends a team of about 100 hotel workers out onto the beach soon after dawn to sweep the sand.

They join thousands of volunteers who are deployed along 20 kilometres of beach to try to clean up the debris that's been washed onto the beaches overnight.

long-term resident Kino says "I've been here for 10 years,  but every January, February and March, you see it getting worse."

Some of the plastic debris comes from Bali but plenty of it is from other Indonesian islands, like Sumatra and Bali’s heavily populated neighbour, Java.

From December to March seasonal winds and heavy rainfall push the rubbish onto Bali's south-westerly facing beaches at tourist hotspots like Kuta, Legian, Seminyak and Canggu.

Indonesia is one of the world's worst contributors of plastic pollution into the ocean, with an estimated 200,000 tonnes of plastic washing into the ocean – 16% of the global total, according to a study published in the journal Nature Communications.

Four Javanese rivers are listed in the global top 20 of plastic-polluted waterways.

Single-use plastic is common in Indonesia, with much of the debris on the beaches of Bali was disposable drinking cups and food packaging.

Recycling right across the archipelago is haphazard, there are few rubbish bins and almost no separation of waste.