Threat to visitors to Indonesia as terrorists hit Jakarta 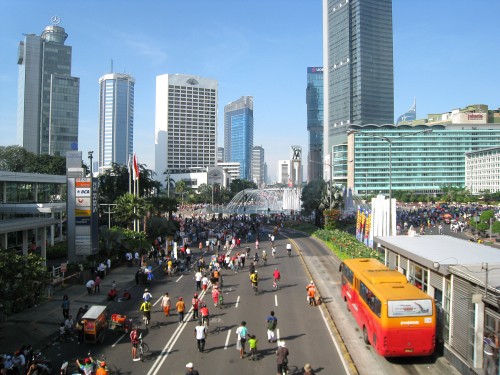 Terrorist attacks in Jakarta yesterday (14th January 2015) are likely to have an impact on tourism to Indonesia, including the popular holiday destination of Bali.

The attacks, to the Islamic State group, left seven people dead, including five suspected attackers. As well as the terrorists, a Canadian tourist and an Indonesian policeman were killed while a further 20 people, include five police officers, were wounded.

The attacks add to a series of Islamic State related outrages in popular tourism locations in France, Turkey, Egypt, Tunisia, Morocco and Thailand over recent months,

Following the incident, Australia's Minister for Foreign Affairs Julie Bishop issued a statement that explained "our Embassy is making urgent enquiries with local authorities to determine whether any Australians have been affected.

"Australians should avoid the area of the Sarinah Mall on JL Thamrin in Central Jakarta, and follow the instructions of local authorities.

"The overall level of advice has not changed and we continue to advise Australians to exercise a high degree of caution in Indonesia."

The events saw a number of explosions central Jakarta beginning with an attack near a Starbucks café in the city centre. Three attackers were said to have been gunned down in a battle with police, while two others were suicide bombers.

He told MetroTV “our nation and our people should not be afraid, we will not be defeated by these acts of terror, I hope the public stay calm.

“We all are grieving for the fallen victims of this incident, but we also condemn the act that has disturbed the security and peace and spread terror among our people.”

Updated advice from Australia’s Department of Foreign Affairs and Trade (DFAT) on Smartraveller stated “Australians should avoid the affected area, limit their movements and follow the instructions of local authorities.

“The overall level of advice has not changed. We advise you to exercise a high degree of caution in Indonesia, including Bali.”