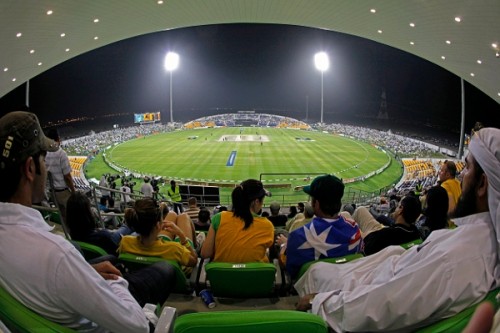 In the wake of terrorist incidents in Europe and global concerns about security, managers of attractions and venues in the United Arab Emirates are assessing their own security preparations.

With the UAE aiming to attract 45 million visitors a year by 2021, and with Arabian Gulf nations hostiing a growing number of international sporting events, keeping guests and fans safe is a top priority.

According to Arab Tourism Organisation (ATO) President Bandar Al-Fuhaid over 200 officials from the security and tourism sectors in the Arab region participating in the recent  Forum for Tourism Safety in the Saudi Arabian city of Taif.

The inaugural event focussed on best practices in safety and security inside and around tourism sites along with equipment and technologies used to enhance security.

However, with Gulf nations having strong internal security networks to deal with sedition attractions and venues are already overseen by a substantial security presence.

At cricket venues the Dubai Sports City and the Zayed Cricket Stadium in Abu Dhabi spectators enter through airport-style metal detectors and pass their belongings through X-ray scanner, manned by armed Federal Police.

The Zayed Cricket Stadium is also fitted with a comprehensive surveillance system.

With UAE law enforcement concerned with both security and control at areas of mass gathering, Haslam adds “wherever there is going to be mass gatherings, there will be a robust CCTV system."

With no international cricket team willing to play in Pakistan since the Sri Lankan team bus was attacked in March 2009, the UAE has become Pakistan cricket's home away from home.

However, the UAE’s security appears unlikely to be enough stage a revival of cricket between Pakistan and India.

Planned to be played this month, the Pakistan Government has denied its cricket team the permission to play in India citing security concerns.

This is notwithstanding the recent visit to the UAE by Indian Prime Minister Narenda Modi, the UAE welcoming almost a million Indian visitors each year  and India having historically been Dubai’s largest trading partner.

Image: Cricket at the Zayed Cricket Stadium in Abu Dhabi.