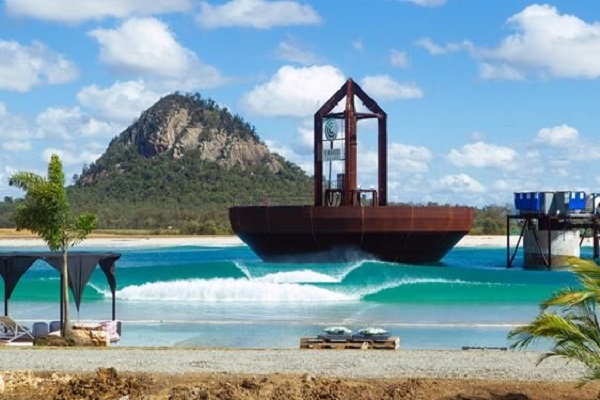 The team behind Surf Lakes Yeppoon are looking to expand their artificial wave protype into a year-round resort and visitor attraction with a $187 million development proposal.

Opened in 2018, the world-first surfing lake has been a testing ground for Surf Lakes International’s artificial wave generating technology.

Seeking investors to back the installation of the technology at locations around the world, the company is now looking to make its prototype on Queensland’s Capricorn Coast the centrepiece of a new outdoor recreational and active tourism hub. 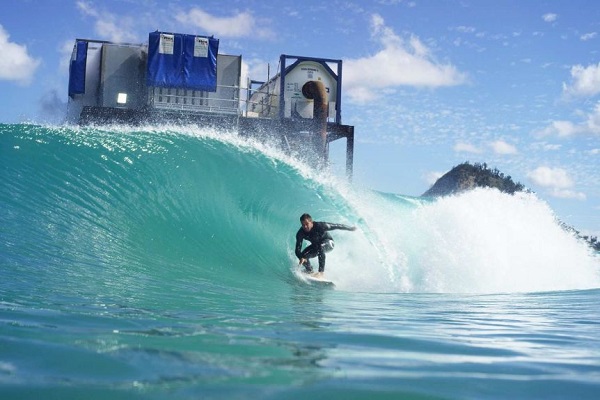 Stage two would have a 100-bed short-term accommodation unit, 75-bed boutique hotel, village green, as well as an inflatable water playground and café/restaurant.

In an update to stakeholders, the company advised that planning and design company, Place Design Group, which was behind the $36 million Rockhampton Riverbank revitalisation and $53 million Yeppoon Lagoon, lodged the plans this week with Livingstone Shire Council.

The updated added “it is anticipated that the approval process will take some months to complete.

“Next steps will be centered upon funding followed by construction scheduling pending approval.” 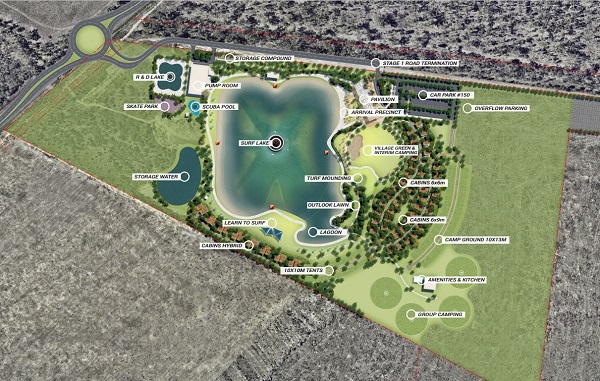 Commenting on the proposal, Surf Lakes Holdings founder and Chief Executive, Aaron Trevis advised “we see this as a fantastic opportunity for the Capricorn Coast and we can’t wait to see a multitude of smiling faces enjoying surfing our waves.

“Aside from the obvious physical and mental wellness positives of surfing, we are genuine about delivering a true community focused asset that will offer incredible value to the broader Rockhampton and Capricorn Coast regions and their people”.

The Surf Lakes pool, half-way between Rockhampton and Yeppoon, generates five different types of waves for surfers of varying abilities and is designed to produce over 2,000 waves an hour. 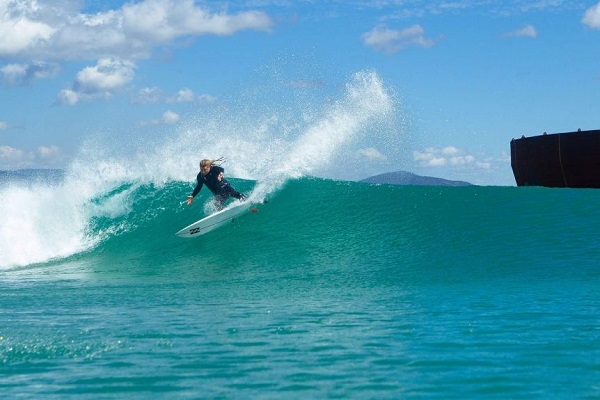 With other projects around the globe still undecided as to their construction start dates, Surf Lakes Holdings note that “Yeppoon is looking most likely to be the first to open to the public with a view to launching commercially in 2022”.

Surf Lakes’ surfing lake is capable of producing up to 2,000 waves per hour with waves up to 2.4 metres. The concentric waves are generated by a gigantic plunger at the centre of the lake.

The world-first prototype has been extensively tested by professional surfers and body boarders over the past two years.

The company is understood to be aiming to license up to 50 more such pools around the world within five to 10 years.

Images show the Surf Lakes Yeppoon in use and the plan for the new resort. Lower image shows 1999 ASP World Champion Mark Occhilupo testing the technology. Occhilupo is an ambassador for the pool. Credit: Surf Lakes.