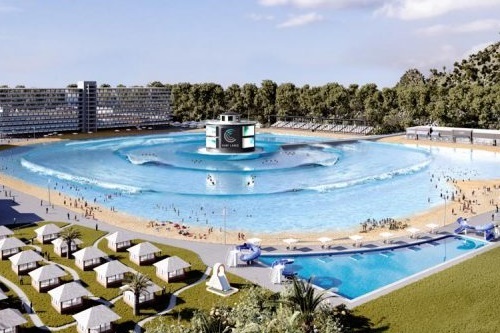 The development of a world-first artificial surfing lake is on target to begin operating on Queensland’s Capricorn Coast.

Located near Mount Jim Crow, inland from the coastal town of Yeppoon, an area not generally associated with surfing, Australia’s first full scale surfing wave pool is expected to begin testing in the coming weeks.

Developed by Surf Lakes International, the commercial surfing lake will potentially be capable of producing up to 2,400 waves per hour with waves up to 2.4 metres. The concentric waves will be generated by a gigantic plunger at the centre of the lake. 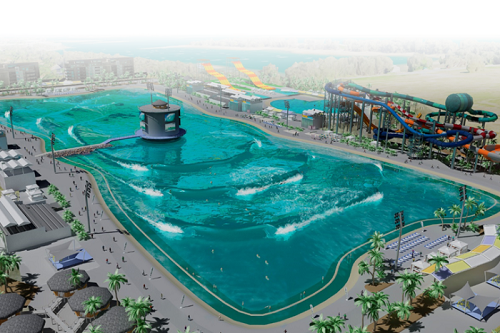 Explaining the innovation, Surf Lakes International Chief Executive, Aaron Trevis advises "it's a core mechanism that drives big circular waves and they bend around the reef to create essentially eight different breaks at the same time.

"We literally just have to build it and prove it. There's no other way of demonstrating it. That's why we're calling it the big demo site."

While there are a number of different artificial wave technologies under development in Australia and around the world, there is no assurance that local surfers will ever get to ride Surf Lakes' wave pool. 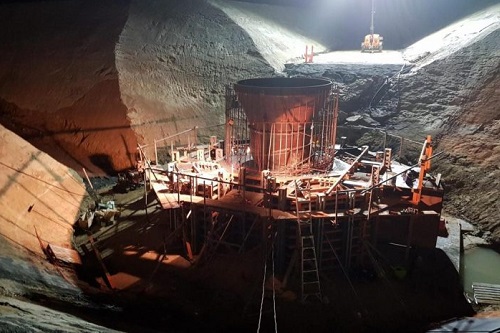 The company is using the Yeppoon facility as a demonstration site to prove that they can make big waves with a view to sell the patent commercially across the world.

Trevis advises that already there has been interest from investors and developers in the USA, Vietnam, Fiji, Portugal, Middle East, Europe, Brazil and within Australia.

Waves are delivered across four reefs, each with a left and a right breaking wave, and with each wave shaped differently, creating multiple sized and types of waves simultaneously.

Images: Artist's impressions of the Surf Lakes facility at Yeppoon (top) and its concept at the heart of a resort (middle). Lower image shows the installation of Surf Lakes Wave Generating System. Courtesy of Surf Lakes International.