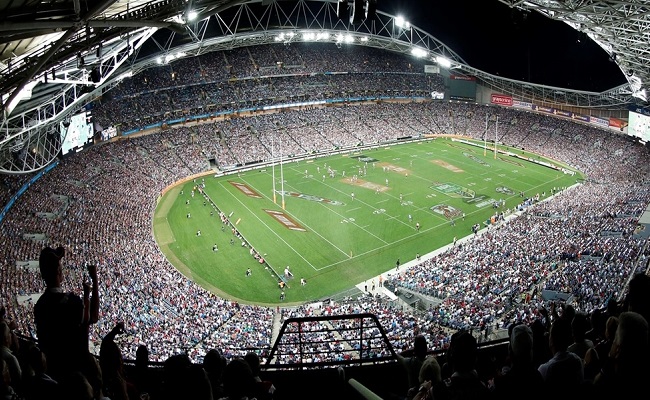 The Tourism & Transport Forum has described tonight’s State of Origin match as a "win-win" for the visitor economy with an estimated 24,000 visitors from interstate and regional NSW flocking to Sydney for the series decider generating approximately $17 million in tourism-related expenditure.

Speaking ahead of tonight’s series decider at Sydney's ANZ Stadium, TTF Chief Executive, Margy Osmond advised “when you look at just how many people come together to make sure an event like Origin is a success, a great series means success for everyone.

“While the big picture is around the sporting codes benefiting from such events, so to do the staff pulling the beers and selling the pies at the stadium and the security checking your ticket.

“From pub and restaurant staff, aviation, hotel workers and event staff, each of these groups play a major role in the delivery of these events."

A recent TTF Survey in collaboration with Nielsen Data shows that when it comes to attending major events, sporting events come in as the number one choice.

Those interviewed also recognised the importance of major events with 54% believing that the most important outcome from events is that “it brings jobs and money to my state”.

While 50% of those surveyed also called for both the state and federal governments to invest more to attract and hosting more major events.

Osmond added "the more events, the more work, the better the economy and when talking about this it is  important to recognise the impact on the everyday Aussies as well.".

It is expected that 24,000 visitors will attend tomorrow night’s game at ANZ Stadium – a mix of interstate and regional NSW.

State of Origin II host in Perth was recently declared an economic success with more than 12,000 interstate fans jetting in for game two of the series at Optus Stadium generating a $15 million windfall.

Osmond concluded "major sporting events and what they deliver are part of Australia’s economic fabric.

“It is incredibly important that the government considers what major events deliver to the economy from all levels, especially when it comes to investment and long-term sustainability.”