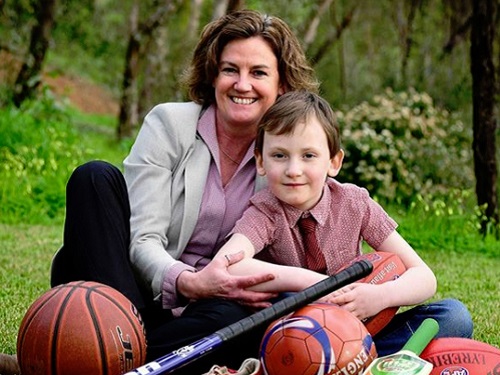 Newly appointed Sport SA Chief Executive Leah Cassidy has advised that she plans to put a series of proposals to South Australian Government ministers responsible for sport, education, child protection and human services suggesting that school sporting programs sport should be run by local clubs or peak bodies, rather than time-poor teachers who may not have the right skills.

She will also highlight access to sporting activities - in terms of facilities and cost - and the influence of gambling and alcohol advertising in sport as key issues for the South Australian Government.

Speaking this week to Adelaide newspaper The Advertiser, Cassidy stated “we constantly hear that teachers are so busy and there’s a crowded curriculum (so) let us help.

“Sporting clubs and associations could play a much larger role in school sport. It used to happen (but) over the last five to 10 years, that has fallen off.”

Cassidy, who started in the role on Monday, previously held senior roles in the education and child protection departments. She also wants more focus on children under state care being involved in sport to steer them in the right direction.

Speaking to The Advertiser, Cassidy advised that she wants to bring more variety to school sports, which she said had “become very much about the more popular sports – footy, cricket, netball, soccer, tennis.

“It’s not about lacrosse, bowls, BMX riding, tenpin bowling. We don’t have the diversity in the sports (but) when we think about our refugee population in Australia -there are opportunities to offer the less traditional sports which, for some of those migrants, might be more familiar to them.”

Cassidy said “sport must be part of the solution” to engaging children in state care, adding “systematically, we haven’t done it as well as we could. What role can sport play more broadly in getting (young people) into a structured environment, a culture of team work, of looking after your mates?”

She is also concerned about the influence of gambling and alcohol advertising and sponsorship in sport stating that it should be examined, “much like the debates of the late ’80s and early ’90s that led to the phasing out of tobacco sponsorship”.

Established in 1991 as the peak body for sport in South Australia, Sport SA represents more than 155 state sporting associations, clubs and sport businesses.

It delivers advocacy and lobbys on behalf of the sport industry, including training.

Click here to read the original article in The Advertiser.