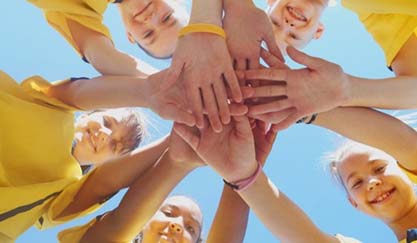 The budget is also providing $100 million for the Sporting Schools Initiative, encouraging school children to take part in sport-based physical activity before, during or after school.

Announced last night (Tuesday 13th May), the 2014/15 Federal budget includes $130 million in base funding for Tourism Australia and $13.5 million towards the Asia Marketing Fund.

Other budget outcomes for tourism are:

• $43 million for a new Tourism Demand-Driver Infrastructure Program to support the states and territories to develop key tourism infrastructure to stimulate tourism demand in their states, territories, cities and regions.

• $2 million to support the staging of the successful Australia Week in China (AWIC) again in 2016, the promotion of our tourism brand is a key component of AWIC.

• $600,000 to transition responsibility for the T-Qual Accreditation Program from Government to industry with industry best placed to assess the quality of tourism offerings.

The Budget also reaffirms the Government’s funding support for Tourism Australia and also provides for an increased, direct allocation of the Asia Marketing Fund to Tourism Australia to capitalise on emerging opportunities in Asia.

The Government has also committed to the ambitious Tourism 2020 target of doubling overnight visitor expenditure by the end of the decade to more than $115 billion.

Fears that the Commission of Audit’s recommendation that Tourism Australia’s funding should be cut by half were somewhat allayed on Monday (12th May) when Trade and Investment Minister Andrew Robb addressed international journalists at the opening session of the Australian Tourism Exchange (ATE14) in Cairns.

Tourism Australia was also not identified as one of 70 government agencies targeted for budget cuts and mergers.

However, Morrison warned that more must be done to ensure the industry’s future success, adding “the government needs to back its rhetoric with action to help Australia better capture the benefits of the booming Asian travelling class.

“Additional support for tourism marketing and investment is needed if Australia is to reach its Tourism 2020 goal of doubling overnight tourism expenditure to $140 billion by the end of the decade.”

However, tourism has not been unaffected by the Federal budget with changes to the fuel excise levy is expected to impact on the drive tourism sector.

Chapman stated "there is certainly going to be an impact, especially for those who are going for perhaps even a year's travelling.

"They might say, 'well that is going to cost us a lot more'.

"This is always a concern. It will definitely have an effect."

The Australian Local Government Association (ALGA) has also expressed concern that the indexation of Financial Assistance Grants (FAGs) has frozen for the next three years.

"These grants are used to maintain a great range of infrastructure including … parks, swimming pools, libraries and community halls as well as services to the young, the elderly and community groups of all kinds.

“Decision will be made at a local level about how these funds are used, and clearly some services will suffer."

While the budget has also seen responsibility for health and education services been moved to become the responsibility of states, $100 million has been allocated to back the Sporting Schools Initiative.

The Initiative aims to encourage participation in sport and physical activity and help address growing rates of overweight and obesity, with the funding directly linking schools with sporting clubs to assist them to run activities across 35 major sports such as football, netball, tennis and gymnastics.

The Federal budget is also delivering $156 million towards the 2018 Gold Coast Commonwealth Games.

The funding is part of the Government's Economic Action Strategy that aims to support the development of infrastructure, boosting economic growth and sporting activity in the region.

The Federal Government sees that the 2018 Games will provide key opportunities for tourism, economic, cultural and diplomatic outcomes.

The investment will see the Government partner with the Queensland Government and Gold Coast City Council to develop Games infrastructure such as the Carrara indoor stadium and precinct and a major velodrome being developed in Brisbane.

The stadium and the velodrome will be used in future national and international sporting events and domestic sport.

12th May 2014 - SPECTRE OF TOURISM BUDGET CUTS HANGS OVER ATE