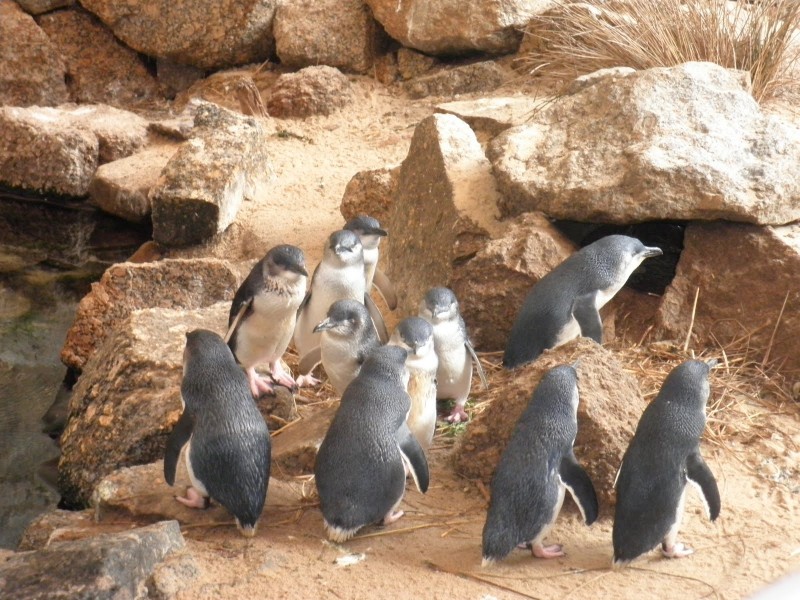 The Granite Island Penguin Interpretive Centre, at Victor Harbor in South Australia, is closing after 12 years, with the three penguins who currently live in the centre - Billy, Sophie and Austina - to be transferred to Adelaide Zoo.

Opened in 2004, the centre, founded and operated by Dorothy and Keith Longden, has sought to rescue, rehabilitate and release injured fairy penguins, which inhabit the island and its surrounding waters.

The centre grew from the Longdens working with the penguins to teaching visitors the importance of marine conservation.

However, with the Longdens now retiring, the Centre is closing.

Dorothy Longden told the ABC "we've decided to call it a day, we just can't carry on any more."

She went on to tell local newspaper The Advertiser that she was proud of the centre’s achievements, in particular the part she had played to ensure the penguins continue to call the island home, adding "wWe have helped keep the penguin colony going (but) it’s still very fragile."

Granite Island is controlled by the South Australian Department of Environment, Water and National Resources (DEWNR), which leases out the its facilities.

The Department is currently backing a plan for developer Oceanic Victor to take over the area and operate an offshore aquarium, which would offer people a chance to swim with tuna in a tank.

Dorothy Longden hopes that Oceanic Victor will also include penguin conservation in their proposal, stating "we just hope that Oceanic Victor can come and save the day ... it’s not just about having tuna in a cage, it’s about Granite Island being updated and special again."

South Australian Tourism Minister Leon Bignell said Granite Island would get an upgrade if that project went ahead.

He explained "part of their operation is that they want to upgrade the kiosk on Granite Island and upgrade other things there and really return it to the wonderful tourism icon that it was in the past.

"(So) maybe there's a chance for (former attractions) the wallabies and chairlift to come back in the future."

The City of Victor Harbor has reportedly gained a current temporary licence from DEWNR to operate the evening penguin tours until a long-term arrangement is resolved.

With Victor Harbor's Greenhills Adventure Park set to finally close at the end of this summer season it would appear that the popular destination is likley to suffer from a reduced number of attractions.