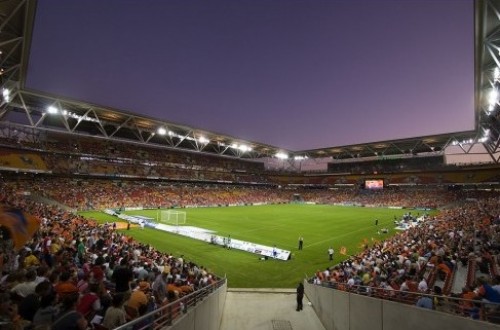 Stadiums Queensland venues recorded a rise in attendances and a marked improvement in financial performance in the last fiscal year, turning around the significant fall in patronage experienced in 2014/15.

• Continued the roll out of fibre optic backbone infrastructure across the venues as part of the Venues Modernisation Project to improve connectivity and drive business efficiencies;
• Partnered with Cricket Australia, Tourism and Events Queensland and Brisbane Marketing to secure International cricket at The Gabba over the next three summers;
• Remained highly engaged in the planning process to assist with the delivery of the Gold Coast 2018 Commonwealth Games;
• Worked with key Government stakeholders to deliver significant Gold Coast 2018 Commonwealth Games infrastructure with a view to securing high value legacy outcomes for the community and venue hirers following delivery of the Games;
• Continued to support the construction of the new $59 million Queensland State Velodrome at the Sleeman Sports Complex; and
• Commenced site and design planning for the $30 million State Netball Centre to be located at the Queensland Sport and Athletics Centre (QSAC).

Townsville-based Rabieh Krayem has been appointed as a Director of the Board of Stadiums Queensland.

The Stadiums Queensland Board is established under the Major Sports Facilities Act 2001 and is responsible for the management of major sports facilities in Queensland.