Most dramatic were dips in numbers at The Gabba (34%), Brisbane Entertainment Centre (23%) and the Sleeman Sports Complex (23%), while the AFL-managed Metricon Stadium on the Gold Coast saw a 31% dip in attendances.

The figures, recently published in Stadiums Queensland 2013/14 annual report, contrast with a 5.86% increase in patronage at the nine Queensland Government-owned facilities in the previous financial year.

However, while the figures make serious reading for Stadiums Queensland and have the potential as fodder for Queensland’s politicians, a series of unrelated factors would appear to have impacted the venues.

Performance of Stadiums Queensland venues in 2014/15

The Gabba
Capacity: 42,000
Total patronage: 330,458 (502,523 in 2013/14)
With the Brisbane Lions having the third lowest home attendance average in the AFL (18,810 across its 11 home games), unlike in many previous years, cricket failed to boost The Gabba’s numbers. The postponement of the Test match against India in the wake of Phil Hughes' death impacted attendances while the only Australian match that the venue hosted during the ICC Cricket World Cup, against Bangladesh, was washed out without a ball being bowled.

On a more positive note, the Brisbane Heat attracted more than 100,000 to its four Big Bash League matches at The Gabba.

Suncorp Stadium
Capacity: 52,500
Total patronage: 1,197,525 (1,151,091 in 2013/14)
Suncorp Stadium hosted a total of 50 major events – a record since the 2003 redevelopment. This included new content such as the Liverpool v Brisbane Roar match, One Direction and Foo Fighters concerts, seven 2015 Asian Cup games, as well as fixtures from anchor tenants the Brisbane Broncos, Queensland Reds and the Roar. 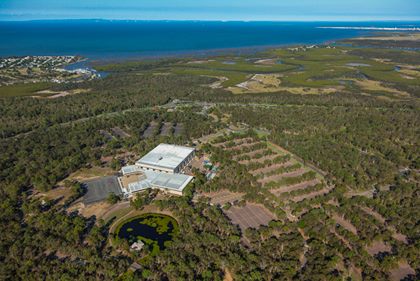 Brisbane Entertainment Centre
Capacity: 13,500
Total patronage (main arena only): 660,345 (865,051 in 2013/14)
The Brisbane Entertainment Centre continued to attract major domestic and international acts including the Rolling Stones, Rod Stewart, Robbie Williams and Lady Gaga. The flexibility of the arena was demonstrated with the venue transformed into an ice rink for the USA v Canada Ice Hockey International and a netball court for hosting the ANZ Championship Netball Semi Final and Grand Final, both won by the Queensland Firebirds.

Queensland Sport and Athletics Centre (QSAC)
Capacity: 49,000
Total patronage: 222,725 (231,784 in 2013/2014)
Built for the Commonwealth Games with a permanent grandstand on the western side and a series of 13 aluminium stands completing the circumference around the running track, the former ANZ Stadium or QE II is now largely used for community athletics events.

When in opposition, current Minister for Sport and Racing Bill Byrne accused the LNP Government of waging a "political war" against the Southern Brisbane venue.

However, attendances in the current year look set to be boosted by the Monster Jam monster truck exhibition and upcoming AC/DC concerts.

The year also saw planning commencing for the $30 million State Netball Centre to be located at QSAC, furthering the precinct as a Centre of Sporting Excellence. 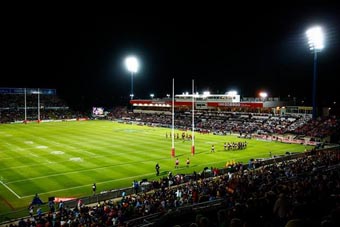 Metricon Stadium, Gold Coast
Capacity: 25,000
Total patronage: 168,692 (242,631 in 2013/14)
With Gold Coast Suns recording average attendances of 12,361 across its 11 home fixtures (the AFL’s second lowest home crowds), Metricon Stadium’s attendances were also impacted by the loss of the Big Day Out music festival which had boosted numbers in previous years.

Metricon Stadium expanded the use of PayPass/ PayWave and credit card facilities during the year while, in the coming year, planning for the construction work required to convert the venue from an AFL venue to the centrepiece arena that will host the track and field competition at the 2018 Commonwealth Games will begin.

Sleeman Sports Complex
Capacity: N/A (multiple venues)
Total patronage (including community use and training): 659,542 (850,593 in 2013/14)
Attendances were impacted by the relocation of the Chandler Markets from the Sleeman Sports Complex, a relocation necessitated by the start of building on the new $58 million Queensland State Velodrome for the 2018 Commonwealth Games. 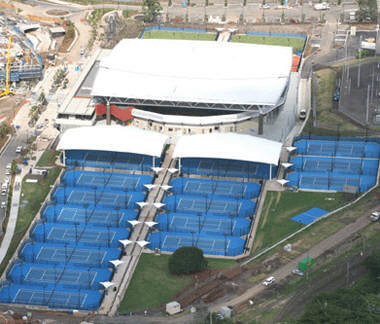 Preparations for the delivery of the Gold Coast 2018 Commonwealth Games impacted several venues while Stadiums Queensland also advise of a “renewed focus on the attraction of community type events across the venue portfolio to increase venue usage and ensure accessibility for a wider range of event promoters and patrons.”

Introducing the Annual Report, Stadiums Queensland Chief Executive Kevin Yearbury wrote “in the coming year, there will be a particular focus on preparing venues required for the Gold Coast 2018 Commonwealth Games.

“Stadiums Queensland is currently engaged in planning for the construction work required to convert Metricon Stadium from an AFL venue to the centrepiece arena that will host the track and field competition, as well as the opening and closing ceremonies.

“This substantial transformation has to occur between the conclusion of the 2017 AFL season, and April 2018.”

Writing about construction of the Queensland State Velodrome at the Sleeman Sports Complex, Yearbury added “once completed, the velodrome, together with the adjacent BMX Supercross track, will form a precinct of first class facilities for national and international track and BMX competition, elite training and club events.”