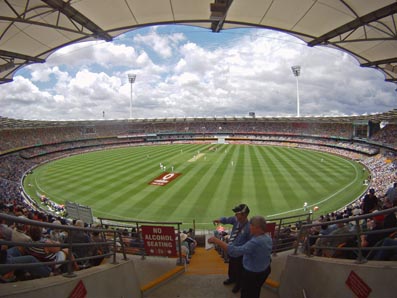 Ending lengthy speculation that the Gabba might miss out on future Tests, Cricket Australia has struck a deal to play one Test match at year at the Brisbane venue until the end of the 2018/19 summer, as well as a one-day international or Twenty20 international each season for the next three years.

One of Australian cricket’s iconic venues, at which Australia hasn’t lost a Test since 1988, the Gabba’s new hosting deal will start with the summer’s already announced day-night Test against Pakistan in December – the first day-night Test at the venue and will then include an Ashes Test in the 2017/18 summer and one more Test in the 2018/19 campaign.

The joint deal between Cricket Australia, the Queensland Government and Brisbane City Council follows a $1 million upgrade to its lighting ahead of this summer's day-night Test.

Commenting on the new deal, Cricket Australia Executive General Manager of Team Performance Pat Howard stated “Australia’s record at the Gabba has been exceptional and the fact we remain undefeated at the Gabba since 1988 underlines that.

“As a consequence the Australian players always look forward to a Gabba Test.

"The first Gabba day-night Test will be a wonderful occasion.

“It’s a great opportunity for the Queensland fans to come in school holidays and it is an ideal way to celebrate the partnership with very accessible ticket pricing."

Former Australia fast bowler and Queensland legend Michael Kasprowicz, the interim Queensland Cricket Chief Executive, said he expected the Gabba's first pink-ball Test to be a compelling spectacle, adding "Queensland Cricket is excited about the prospects of the day-night Test, and believe that the Gabba pitch, outfield and lighting will complement the pink ball and make for a competitive and entertaining spectacle.”