Skyline Queenstown gets approval for $100 million plus redevelopment 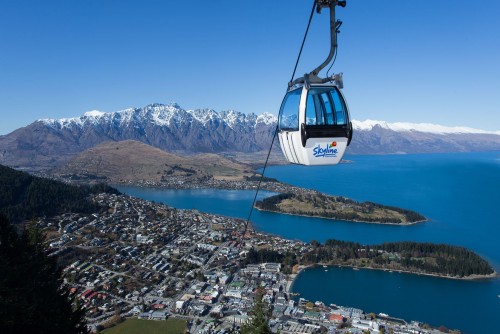 Skyline Queenstown has received approval to proceed with a monumental, multi-million-dollar redevelopment project.

Advising that the company was they are thrilled with the decision, Skyline Queenstown General Manager Wayne Rose stated “this is a fantastic result for the Queenstown community and the New Zealand tourism industry as a whole.

“This project is vital to ensure we cater to the demand of our visitors, as well as providing a premium facility that Queenstown locals can use and enjoy. It will enable us to step into the future not only as one of New Zealand’s most popular leisure facilities, but as one of the world’s top leisure tourism attractions.”

Skyline Enterprises Chairman Mark Quickfall added “the resource consent approval is one of the first steps in an exciting development and we would like to acknowledge the efforts our teams have put in to accomplish this. The planners, architects, consultants, legal team, neighbouring businesses - in particular the Kiwi Birdlife Park - as well as the submitters who provided support for the project have all been integral in achieving a successful outcome.” 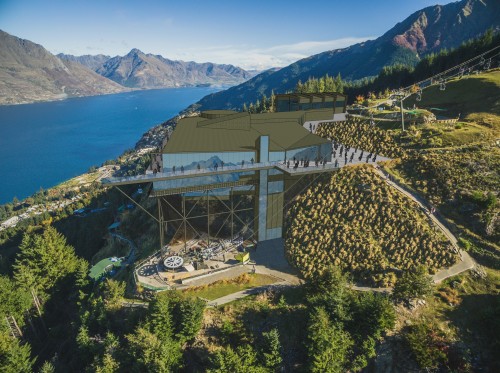 Skyline Queenstown has been working closely with neighbouring businesses, particularly Kiwi Birdlife Park to minimise disruption to the kiwis and the park throughout the redevelopment.

Set to cost, according to Quickfall "north of $100 million", the redevelopment of Skyline Queenstown will increase the capacity for gondola passengers at the base terminal and improve the overall guest experience with additional services and amenities.

The new-and-improved complex will also feature a 650-seat restaurant with a flexible configuration for multiple dining options, conference facilities to accommodate more than 700 guests, a new café and additional retail space. Since Skyline’s inception, the primary motivation for visitors to the attraction has been to see the iconic view. To cater for this popularity, the viewing deck will be significantly increased from 68 metre² to 430 metre², offering even more angles to capture what is possibly the most-photographed view in the southern hemisphere.

Detailed planning is already well underway to incorporate the conditions identified in the resource consent approval. Pre-construction site works will begin in the coming months with the first construction activity scheduled for later this year.

Trading on the Unlisted platform, Skyline Queenstown will fund the project from a mixture of cash on its own balance sheet and bank debt.

Images: Skyline Queenstown (top) and the planned upper complex at Bob's Peak (below).