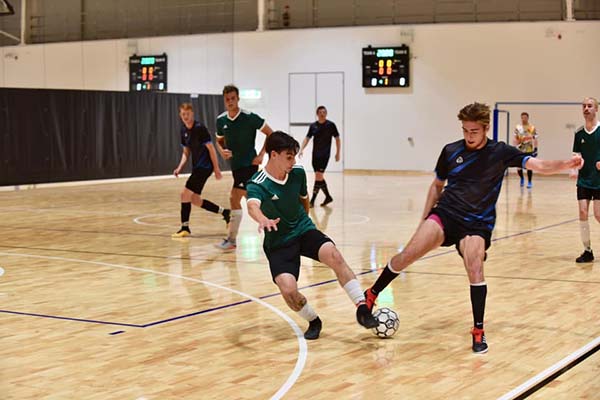 Communities in the Shoalhaven region are set to benefit from the completed $16.4 million redevelopment of the Shoalhaven Indoor Sports Centre which was officially opened last night (Friday 15th November).

“This multi-functional centre will bring people of all ages and backgrounds together to increase social cohesion and community spirit as well as reduce social isolation.”

The Shoalhaven Indoor Sports Centre was open to the public for the first time on 14th October. Children, adults, school groups and members of the public were invited to the free play day to participate in the range of sports the centre offers.

The facility is a four-court multi-purpose complex catering for basketball, futsal, netball, badminton, table tennis, volleyball and can be adapted to any indoor sport.

The complex has 204 car parks, six bus parking areas and can accommodate 940 people. There is also administration and office areas, a cafe with commercial kitchen, outdoor cafe area, storage areas and a creche.

The venue covers an area of 5,400 metre² and has a 4,000 metre² roof which captures rainwater in a 120,000 litre tank. The rainwater is then treated and reused used within the complex.

Deputy Prime Minister and Minister for Infrastructure, Transport and Regional Development Michael McCormack advised that the Australian Government’s $2.8 million investment in sporting infrastructure would provide long term benefits to the Shoalhaven region, commenting "in addition to attracting more people to take part in sport, recreational and community activities, this investment will also produce long-term economic benefits to the region as it is expected to increase economic activity by an estimated $65.9 million.”

Senator Fierravanti-Wells added “I commend Shoalhaven City Council for making the substantial investment of almost $14.1 million to undertake and complete this project.

"It will have a positive lasting legacy on the community.”