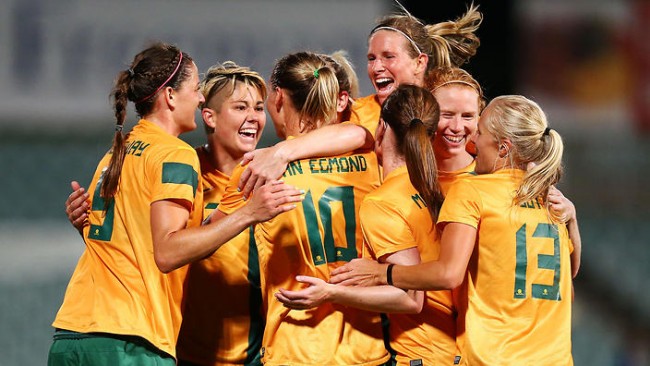 The Matildas first qualification match against the host nation Japan on 29th February will be broadcast live on digital channel 7mate and streamed on the network’s on-demand app Plus7.

Announcing the broadcast deal, FFA Chief Executive David Gallop stated “this broadcast agreement with the Seven Network is a breakthrough moment for women’s football and due recognition to the deeds of the Matildas at last year’s World Cup.

“FFA is committed to growing women’s football and this is a pleasing sign that the long term strategy we have been undertaking over the last two years with women’s football is starting to bear fruit.

“Over the last two years we have invested a significant amount of resources into women’s football, in particular the Matildas program, and following the on field success at the World Cup, this is a positive sign that we are making headway off the field.”

Seven West Media Chief Executive Tim Worner added “Seven is proud to be bringing the next chapter of Matildas story to all Australians and we’ll be doing that live on any screen.”