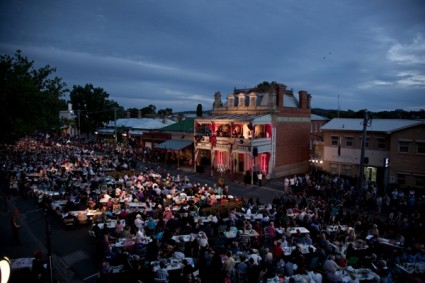 A Senate inquiry has slammed the Federal Government's handling of the Arts portfolio and called for the restoration of funding to the Australia Council for the Arts and Screen Australia.

The majority report by Labor, Green and Independent senators on the Senate's Legal and Constitutional Affairs committee also called on the Federal Government to abolish the Catalyst arts fund unless more money is found to pay for the program.

Catalyst was announced by Federal Arts Minister Mitch Fifield last month to address concerns about the effects of policy changes made by his predecessor Senator George Brandis​, who established the controversial National Program for Excellence in the Arts which diverted $105 million from the Australia Council's budget. Senator Fifield's changes will return $32 million to the Australia Council and provide new funding guidelines for the Catalyst fund.

However, a dissenting report from government senators labelled the inquiry a "cynical attempt" to politicise reform and claimed they "were effectively disenfranchised from the inquiry process by being disregarded in the scheduling of public hearings".

Queensland Senator Ian Macdonald, who co-wrote the dissenting report, told the Senate on Wednesday the inquiry was "a political farce".

Senator Macdonald, who had been accused of odd behaviour during the inquiry, wrote "I have to say that I was concerned by elements of the testimony provided to the committee that seemed to betray an unhealthy sense of entitlement to financial support of the taxpayer in the absence of effective oversight of the regulatory regime.”

The inquiry into the impact of budgetary decisions on the arts received 2,719 submissions and heard evidence from more than 200 witnesses, but the dissenting senators said evidence presented to the inquiry came from a "very small range" of lobby groups with a vested interest in attacking the government's austerity measures.

Senator Fifield said he had implemented the Catalyst arts fund and returned $32 million to the Australia Council ahead of the report to provide certainty.

Commenting on the Senate report, Senator Fifield stated “the Senate inquiry was useful input into the design of this $12 million fund which will encourage arts organisations to innovate, collaborate and attract private sector support.

"Unfortunately, the Opposition and the Greens were more focused on the Government than taking the opportunity to take a wider look at the sector."

Other recommendations in the report include "emergency transition funds" for individual artists and small-to-medium companies affected by policy changes, and restoring funds cut from Screen Australia and interactive gaming.

Should the Catalyst fund proceed, the report calls on the Arts Minister to ensure it does not duplicate the role of the Australia Council, gives priority to small arts companies, reduces bureaucratic duplication and has a system of peer review.

However, dissenting senators defended the Federal Government's new system of handing out arts funding and said they were concerned peer review was susceptible to bias and lacked transparency and accountability.

The National Association for the Visual Arts (NAVA) described the committee's report as an "indictment of the Government's actions".

NAVA Executive Director Tamara Winikoff​ highlighted that this year’s policy changes had caused damage to the sector, explained “sadly, the Government has become trapped by the embarrassment of having made a big mistake and causing probably unintended chaos in an industry that is the soul of innovation; something which the Prime Minister Malcolm Turnbull trumpets as the new mantra for the party.”

A spokesperson for the Media Entertainment and Arts Alliance (MEAA) said the evidence was now overwhelming that funding must be restored after the Senate inquiry findings that budget cuts had devastated the arts community.

The spokesperson commented “the MEAA has welcomed the bulk of recommendations by the Senate Standing Committee on Legal and Constitutional Issues inquiry into the impact of the 2014 and 2015 budget decisions on the arts.”

MEAA Chief Executive Paul Murphy said the union agreed with the recommendation that the Government consult with the arts sector to develop and articulate a coherent and clear arts policy, and for funding decisions to be made on the basis of peer-reviewed processes maintained by the Australia Council.

Murphy said Fifield had already responded to these concerns by partially restoring funding to the Australia Council, but added "however, the Government is still proceeding with a new funding body directly out of the Arts Ministry, called Catalyst.

“The $8 million that has been returned to the Australia Council is a good first step, but we maintain that its budget needs to be fully restored.”

Murphy said MEAA would always fight for a funding system that supported all artists and arts organisations, both big and small, and which kept the funding of the arts at an arm’s length from political interference.

Images: The Australia Council funded Cornucopia! at the 2013 Castlemaine State Festival (top) and the Free The Arts campaign (below).