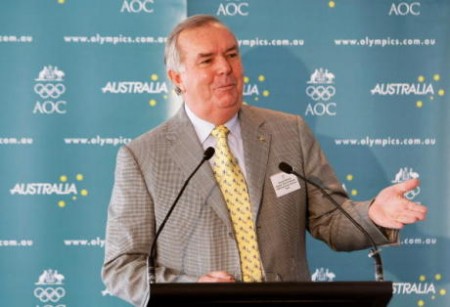 Amid an ongoing scandal about worker exploitation at his stores, 7-Eleven Australia founder and Chairman Russell Withers has announced his retirement from the Australian Olympic Committee (AOC) Executive.

In a statement Withers said he had resigned from the AOC after 15 years of service, explaining "what's required of me as 7-Eleven Stores chairman, means I cannot give the AOC the commitment and clarity such a role deserves and demands.

"Continuing claims about 7-Eleven and its business cannot be allowed to pollute the AOC's work."

In a further statement, AOC President John Coates added “Russell has made an outstanding contribution to the AOC since 2001, it is a voluntary role and he has been extremely generous with his time and we have benefited greatly from his input as Chairman of the AOC Audit Committee, a member of the AOC Finance Commission and as a Director of the Australian Olympic Foundation and member of its Investment Advisory Committee.”

Withers was nominated to the AOC Executive by his sport, the Equestrian Federation of Australia, on which he served as President from 2001 to 2006.