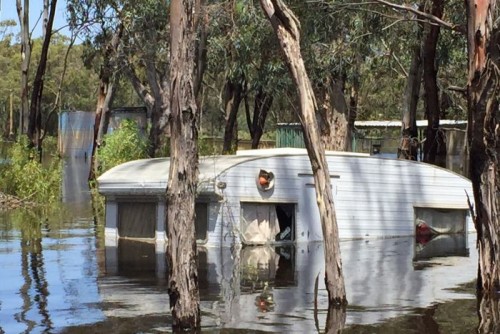 Floodwaters on the River Murray, which have reached high levels over the past month, have peaked in the town of Morgan over recent days, swamping many campgrounds and low-lying shack areas with more than 6 metres of water.

As a result, visitors are being warned to take care around submerged dangers and strong currents over the holiday season.

Water operations manager Jarrod Eaton from the South Australian Department of Environment, Water and Natural Resources said the high-flow event was due to finish soon.

Eaton told the ABC "at Morgan the level is 6.37 metres, so it's just under three metres above normal pool level.

"The river level now is starting to fall around that area and they're still continuing to rise downstream of Lock 1.

"By the end of December the unregulated flow event should cease."

The largest flood in more than 20 years, as the floodwaters flowed though north western Victoria they attracted tourists eager to experience the environmental boom, including increased bird life. 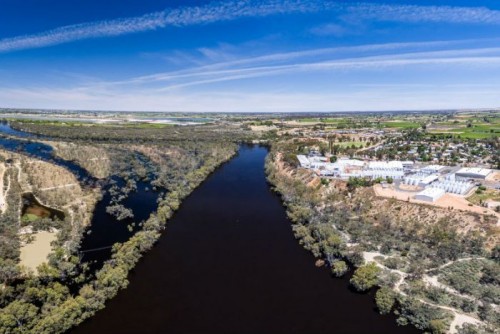 However, in South Australia the Transport Department, SA Police and Royal Life Saving SA have warned that the high water levels have brought many hidden hazards with them, and that it is vital river users remained vigilant this summer.

"We've also got some vegetation and logs and other bits and pieces that may have become dislodged."

Royal Life Saving SA Chief Executive Tony Taylor said it was important for people to know their limitations, cautioning "most people overestimate their swimming ability and underestimate the dangers attached to a river and often will get caught."

Images:A caravan is swamped by River Murray floodwaters (top, courtesy of the South Australian Department of Environment, Water and Natural Resources) and the flooded Murray River (below - courtesy of Mallee Catchment Authority).