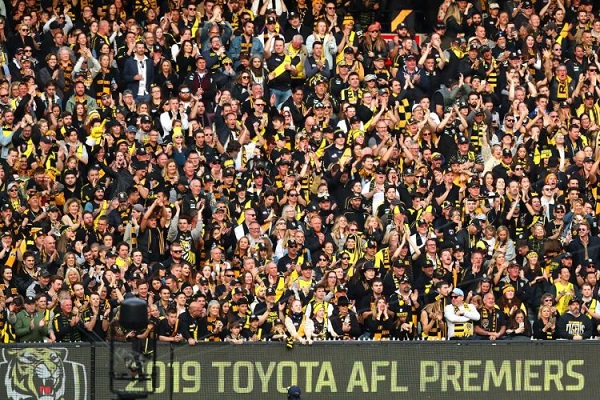 Richmond Football Club’s 2019 campaign was not only a success on the field, securing a grand final win, but also the AFL club has also produced some impressive consumer metrics.

For the second consecutive year, Richmond’s membership number topped 100,000 – retaining its status as the only club to have reached the six-figure milestone.

The Club’s average home-game attendance of 59,987 was the highest in the AFL, a feat the club has now achieved three years running.

Instagram engagement also continued to grow, jumping 26% to reach 236,000 followers, the highest in the AFL.

Thanking all Richmond members and supporters for their ongoing passion and loyalty, Richmond Chief Executive, Brendon Gale stated "our fans are our strength in so many ways and we wanted to share these numbers with them.

“We hope our members and supporters feel a great sense of pride and these numbers just reinforce the wonderful support we have as a Club.

“It is never taken for granted.” 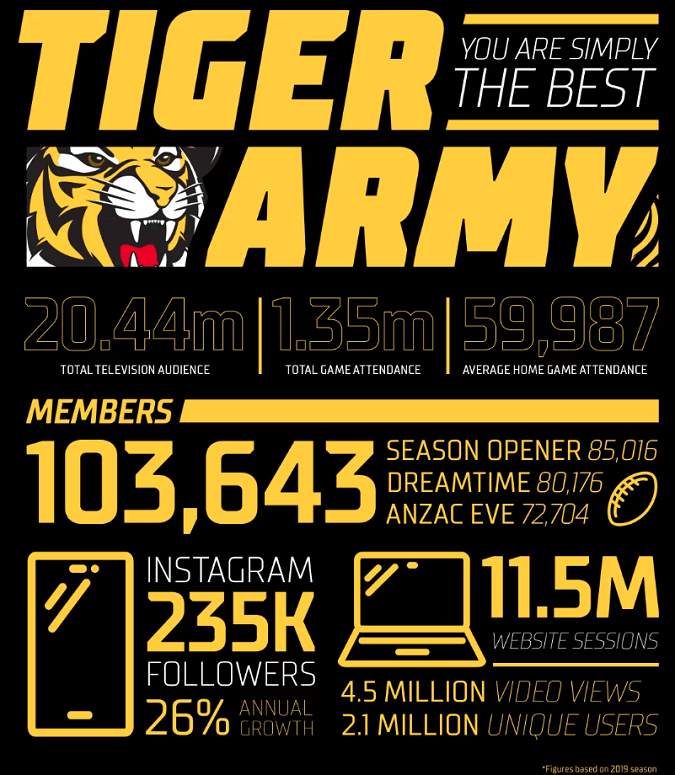 Richmond's major sponsor Nib was able to successfully drive sales and build key partnerships in the community by placing its products in front of more than 100,000 passionate Richmond supporters on a consistent bases, according to Rhod McKensey, nib Group Executive - Australian Residents Health Insurance.

“The Club’s on-field success has seen some incredible growth in crowds and membership but also exposure for the nib brand across all traditional and digital media platforms,” Mr McKensey told Ministry of Sport.

“Through this success, we’ve been able to deliver real commercial benefit to our business not only through brand exposure but also through unique stakeholder and member engagement experiences, as well as promoting the great community work of our nib foundation and their funding partners.

“We are proud to be a part of the Tiger Army and look forward to building on what is already a fantastic relationship into the 2020 season,” he added.

Richmond is currently in the market for 2020 traditional and non-traditional partnerships, presenting a great opportunity for brands who are wanting to reach a highly engaged national audience.