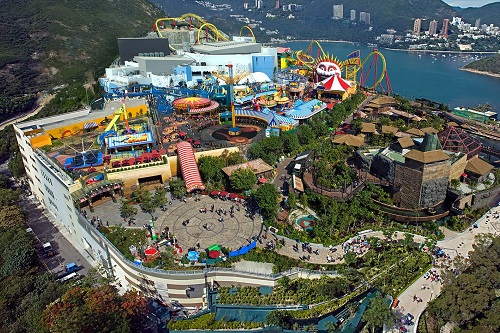 Hong Kong theme park Ocean Park has reported an increase in revenue in the financial year 2017/18 but is still operating with a deficit.

Local media reports suggest that a reason behind the deficit increase could lie in the company’s operating costs, which rose 4% to HK$1.3 billion (US$166.4 million).

Commenting on the performance, Ocean Park Chair Leo Kung advised “during the fiscal year 2017/18, Ocean Park was on track to transform the Park into a world-class resort destination.

"The revenue growth in 2017/18 reflects the huge efforts we have undertaken to diversify the Park’s revenue streams. In the past year, we have elevated our entertainment and night offerings, broadened education scope by incorporating STEAM concepts and stepped up our efforts to appeal to new market segments.

"The park’s evolution has also seen the adoption of new technologies to enhance the guest experience, and a widened food and beverage portfolio."

The attraction, which incorporates a marine mammal park, oceanarium, animal theme park and amusement park, saw 5.8 million visitors arrive through its doors in the year.