Ocean Park waterpark to make a splash in 2018 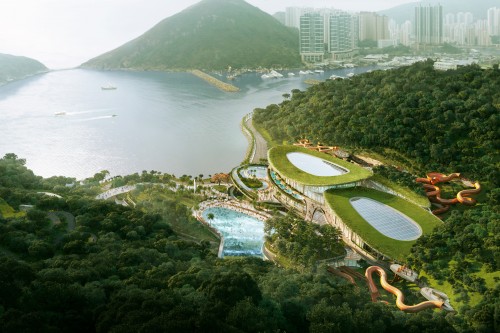 A ceremony to mark the beginning of the construction of Tai Shue Wan Water World was held at Ocean Park on Thursday (5th November).

Set to open in July 2018, almost two decades after Ocean Park’s former waterpark was closed, the new attraction will be able to host 1.5 million visitors a year.

To be built on a dramatic site next to the South China Sea, it will feature multiple outdoor and indoor swimming pools as well as water slides and a sea turtle exhibit area.

The waterpark, which will offer 27 indoor and outdoor attractions, will feature not only extensive attractions for water fun, many available in Hong Kong for the first time, but also a variety of dining and retail outlets.

The development is seen as an integral part of Ocean Park’s ongoing transformation into an international resort destination offering multiple attraction zones and hotel accommodation.

The ground breaking ceremony for the waterpark was also noteable for bringing current Ocean Park Chairman Leo Kung together with former Chairman Dr Allan Zeman, who has been Honorary Advisor of the Tai Shue Wan Steering Group of Ocean Park.

The pair simultaneously made their appearance by descending separate water slides to converge on stage. 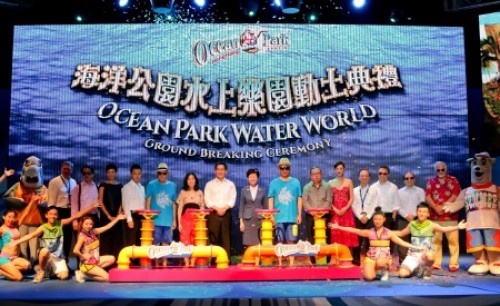 Commenting on the new development, Kung stated “parents with fond childhood memories of water fun at Ocean Park can look forward to bringing their children to the brand new Water World, which will span twice the size and feature three times as many attractions as the previous facility.

“Once completed, Water World will further enhance our contribution to local tourism by encouraging longer lengths of stay amongst visitors both in the Park and in Hong Kong.”

“Given the hillside location of the project, the construction process will involve various challenges, starting with foundation and site formation work, which has begun in July this year and is expected to be completed around September 2016.”

Ocean Park is also set to be benefit from the MTR South Island Line (East), which is expected to be commissioned in late 2016, significantly reducing the travel time between the centre of Hong Kong and Hong Kong Island South. 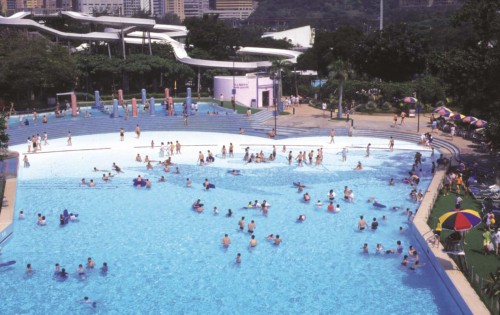 Walter Kerr, Executive Director of Project Development added “we (are) highly focused on limiting the impact on the natural environment when developing the overall design of Water World.

“For instance, we kept the development sufficiently away from the water to avoid the need to modify the existing sea wall, thereby minimising the impact on marine habitats.

“The operation of Water World is also designed to be as environmentally friendly as possible.

“Large operable pivot door design on the curtain wall system will provide natural ventilation to the indoor area while blending the exterior with the interior. 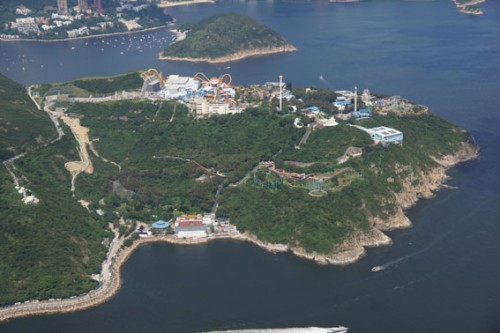 Water World’s extensive rides and facilities will span indoor and outdoor areas as well as across three levels, with each decorated according to the sporting themes associated with the Reef, the Caves and the Beach respectively. A total of 18 rides of different intensity levels will be available to meet the needs of all ages, from some free-fall style speed slides for thrill-seekers to a leisurely lazy river.

Among the new rides available in Hong Kong for the first time will be an artificial surf rider, where guests can ride waves on a surfboard, while old favourites such as the five-lane ‘rainbow slide’ will return in the form of an eight-lane ‘mat racer’, where guests will slide down the track while lying on a mat.

There will also be multi-person rides and a resort-style cabana area for families and friends to dine, refresh and relax together.

The waterpark was originally expected to be finished in 2017 but construction has been delayed as adjustments were made to the design earlier this year. 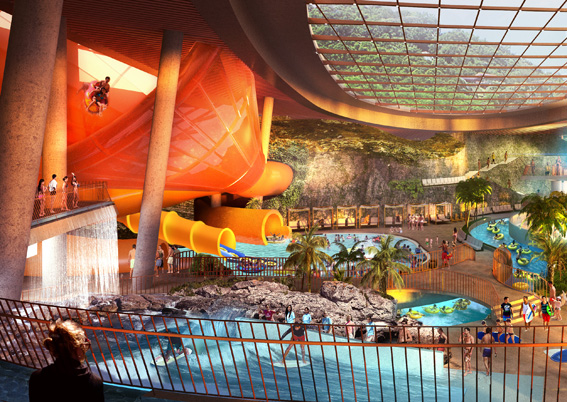 In other Ocean Park news, Tom Mehrmann who has performed the role of Chief Executive over the past 12 years, has announced that he will not renew his employment contract with the Park with effect from 1st August 2016.

Commenting on his decision, Mehrmann stated “I’m immensely proud of my association with Ocean Park, as well as the staff, Management and Board for the meaningful, bold and courageous growth initiatives that have taken the Park to new heights.”

Images (from top): How the waterpark will look when complete, the ceremony to mark the start of construction of Tai Shue Wan Water World, Ocean Park's former waterpark, the site for the new waterpark and the indoor part of the new waterpark.