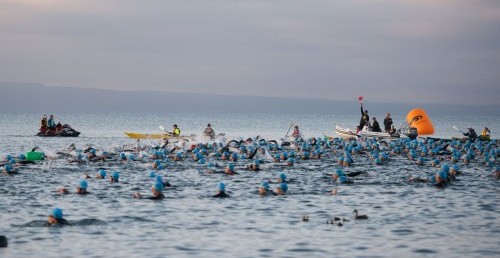 Ironman New Zealand, the world's original international Ironman race, will welcome record numbers when it celebrates its 30th anniversary in Taupo next March.

Organisers have closed their books with 2,000 entries received, more than 300 up on the previous highest number of entries and they expect around 1,700 to line up for Ironman New Zealand on Saturday 1st March.

There are internationals from a record 58 nations and for the first time, more than 1000 New Zealanders have entered, while the tally of 487 females is the highest in the event's history.

Organisers are thrilled with the response, with Event Director Janette Blyth stating "it is a fitting celebration of 30 years of IRONMAN New Zealand and of the oldest international IRONMAN race in the world.

"Because of its unique place in history, IRONMAN New Zealand has long been on the list of must-do IRONMAN events. Surveys show that we have been one of the most popular of the 30 inernational IRONMAN races with a major drawcard being the spectacular freshwater lake swim and the hospitality of the people of Taupo."

Blyth adds "over the years we have worked hard with triathlon events at grass roots level around the country to encourage and support people in taking up the sport to the stage when the Kiwi numbers are almost four-fold that of the first year in Taupo.

"IRONMAN is also seen as one of the great sporting challenges that anyone can achieve with hard work and dedication. Become an IRONMAN and there's nothing you cannot achieve. It can be a life-changing achievement.

"More than half the New Zealanders who have entered will be competing in their first IRONMAN and that represents a fantastic growth for triathlon in this country."

IRONMAN New Zealand continues to prove popular with internationals, with more than 30,000 participants and their supporters venturing to this country over the years. Leading the way next year are 320 entered from Australia, 196 from USA and 68 from Japan while there are single entries from the likes of Bahrain, Guatemala, Lebanon and Tonga.

There are also five originals from the first race in 1985 back to compete in the 30th anniversary.

For more information go to www.ironmannewzealand.com