Quieter future for the WACA with redevelopment still planned 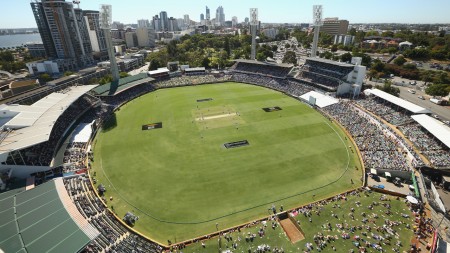 Christina Matthews, Chief Executive of the Western Australian Cricket Association, has conceded that the 20,000-capacity WACA ground is unlikely to host much international cricket in the future amid the imminent opening of the new Optus Stadium.

The 60,000-seat, state-of-the-art Optus Stadium is due to open on 28th January with a one-day international match between Australia and England.

With the third Test of the Ashes concluded at the famous venue earlier today (Monday 18th December), Matthews said the final decision on whether the WACA Ground would host similar-calibre matches in the future would be made by Cricket Australia.

“We’ve got great plans for the ground that are outside Test cricket and international cricket, so we’re quite happy with the future. But most importantly, we’ve got to be able to say hand on heart that we want the best cricket at the best ground for the fans and the players.

“The traditionalists obviously love cricket here. This Test has been fantastic for people being involved and loving the Test. I haven’t heard any people to be honest saying ‘It’s terrible they’re going, this is where it should be played.’ Everybody’s looking forward to something new and exciting.

“We’re lucky on the 28th of January, we’ve got the first ODI, and that will really give us a good idea of what the future’s going to hold.”

Matthews added “this is the home of cricket, forevermore. Sheffield Shield, one-day domestic, our women’s 50-over games, WBBL. But more importantly it’s going to be a ground that’s more available to the community.