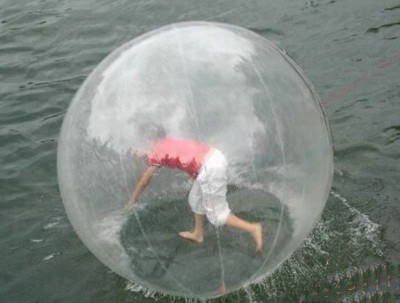 A range of incidents around the world are leading regulatory and safety bodies to question the safety of zorb, hamster and water walking balls.

Reported incidents have seen clients asphyxiated while inside the giant sealed plastic balls – known by trade names including zorb, hamster and water walking balls, with the activity known as globe-riding, sphereing or orbing. In practice, after a person climbs into the big transparent plastic ball, it is inflated by a blower through an opening that is then closed shut, making it airtight. People then roll or walk across water and other surfaces, including ice and grass - like a hamster in a ball.

While Zorb Limited has a track record of safety at their operations, van der Sluis and Akers have called for the development of an international standard for the activity, citing less reputable operators and the use of substandard materials in a growing number of operations.

However, in the USA, the Consumer Product Safety Commission (CPSC) has warned consumers against the activity because of the risk of suffocation and, when used on water, drowning. 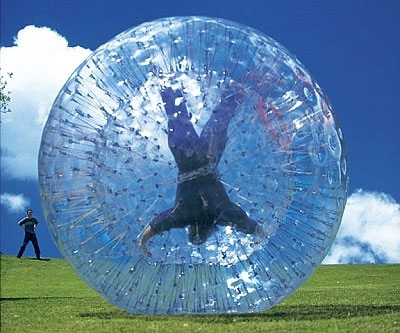 Among the CPSC’s concerns is that oxygen can be depleted inside the ball, and dangerous carbon dioxide levels can accumulate in a matter of minutes. The Commission also warns that users with medical conditions, such as heart, lung or breathing issues, could be at higher risk for harm.

Furthermore, frequent lack of emergency exits - zorb balls can often only be unzipped only from the outside - means that people can become trapped within it, increasing the risk of injury or death. Also, because the ball contains no padding, impact injuries are possible if balls collide with each other or land on hard surfaces.

An infamous YouTube video exists of zorb ball running out of control down a ski-slope at the Russian ski-resort of Dombai, which caused the death of a rider.

Operators say there is no danger to users when zorb balls are used properly while Zorb Limited has called on all operators to sign on to the activity’s Code of Safe Operation, listed on the website www.globeriding.org.

The code, created by Zorb, offers a global standard of safety for anyone looking to set up a zorb, hamster and/or water walking ball activity.

in 2010, workplace Health and Safety Queensland issued alert notices to the owners and operators of inflatable water balls of the possible risks with their use.