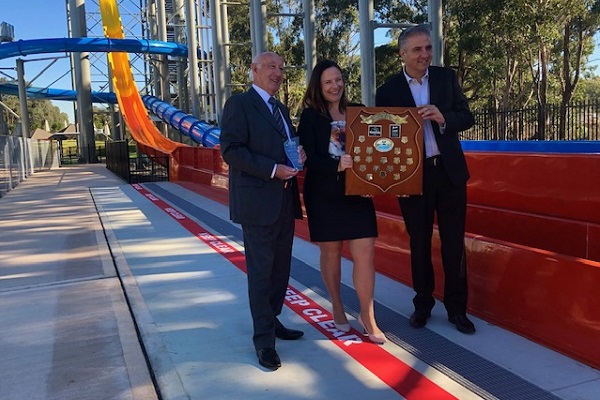 The Prairiewood Leisure Centre in Western Sydney role as hub for community wellness and family-friendly activity was recently recognised by the Aquatic and Recreation Institute (ARI) with its announcement as the recipient of the AH Pierce Memorial Facility of the Year at its 2019 conference and awards evening.

This week has seen ARI NSW Executive Officer Louise Magee, along with David Lloyd and Pam Robinson from award sponsor International Quadratics, visited the Centre on Tuesday to take a tour and present Fairfield City Mayor Frank Carbone with the award.

Receiving the award, Mayor Carbone stated “Council is honoured to receive such a prestigious award, recognising the hard work of Council and staff to create something truly special here at Prairiewood Leisure Centre. 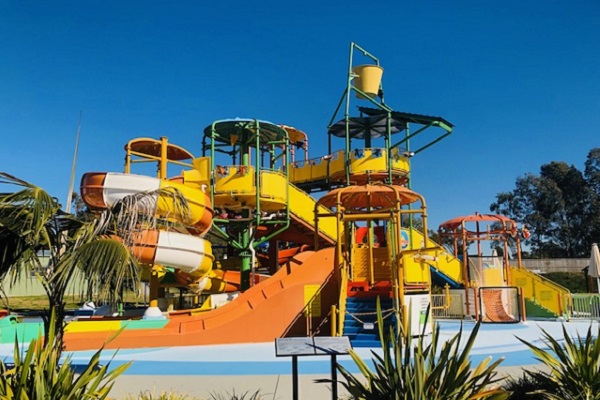 “Fairfield City has always known what a wonderful facility we have here at Prairiewood Leisure Centre and it is great to know that this view is shared by the industry experts as well.

“Council is continuing to work hard to further develop the offerings at Prairiewood Leisure Centre. In 2020 we will start work on building a Wave Pool at Aquatopia as a new attraction for the hot summer months as well as non-aquatic activities to enable the park to stay open all year round.

“Council is committed to providing the facilities that bring families together and encourage them to remain active and healthy.”

Aquatopia will reopen for the summer season on 21st September.