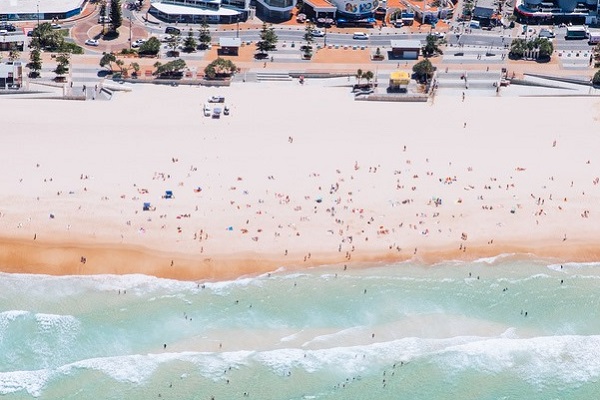 The Gold Coast City Council has announced that it will take the extraordinary step of closing popular local beaches at The Spit, Surfers Paradise and Coolangatta after thousands of people ignored social distancing rules over the weekend.

With the beaches to be closed from midnight tonight (Tuesday), the Council says it won’t hesitate to close more beaches if members of the public continue to ignore social distancing rules.

Blaming non-locals, Gold Coast Mayor Tom Tate says the Council had no other choice, commenting “unfortunately over the weekend, out-of-towners are descending on the Gold Coast in mass numbers and I fear that this number will increase over the Easter weekend.

“I say to Logan and Brisbane people, we love you, but we don’t want you visiting us right now.

“I don’t want to do this but over the weekend shows me that, especially people visiting from Brisbane are not listening to us.”

The Council closed the car park at The Spit after hundreds of people flocked there on Saturday. To prevent a reoccurrence, barricades have now been set up to prevent access.

Explaining this, Mayor Tate advised “we are working through the finer details now, including having parking officers redeployed to The Spit to monitor illegal parking.” 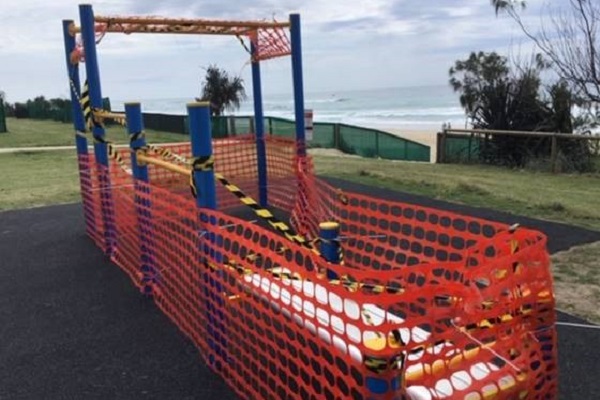 Mayor Tate has held discussions with Queensland Police, confirming that they even considered doing checks on the northern Gold Coast to stop non-essential travel to the city.

Urging people from out of the area not to come to the Gold Coast, especially over the Easter break, Mayor Tate went on to say “when we ask people to stay in their suburb, it means don’t come and stay on the Gold Coast.

“It’s happening and my heart feels for people in hospitality, but if we don’t do it, the longer term effect will be more devastation for our city.

Queensland Police are warning that Gold Coast beaches will be heavily patrolled over the long weekend.

Advising that officers will be conducting checks to ensure people on the beach are locals, Queensland Police Commissioner, Katarina Carroll added “that’s very easy to monitor, if you’ve got people living on the beach, in the units, there’d be a form of ID so that’s very easy to monitor, in fact it should only be for those people in that local area to enjoy those local beaches and use it for exercise.”

The remainder of the Gold Coast’s beaches are remaining open for people to exercise, swim or surf, but beachside outdoor exercise equipment along the esplanade from Surfers Paradise to Main Beach has been wrapped in plastic to prevent usage.

Images: The beach at Surfers Paradise at the weekend (top) and outdoor gym equipment along the Gold Coast esplanade from Surfers Paradise to Main Beach has been wrapped to prevent its use (below). Images courtesy of City of Gold Coast.