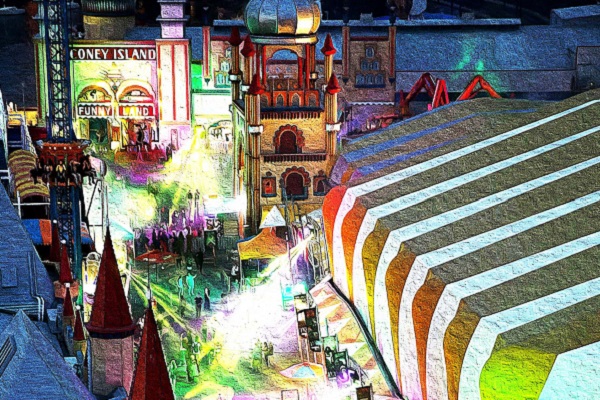 NSW Premier Gladys Berejiklian is reported to be "considering" a new inquest into the fatal Luna Park Ghost Train fire of 1979 following the presentation of fresh evidence in an ABC television documentary.

The blaze, which claimed the lives of six children and one adult on the evening of Saturday 9th June 1979, was quickly blamed by NSW Police on an electrical fault and while a subsequent Coronial inquest did not find evidence to support this, and an open finding was delivered.

However, investigations presented during the ABC’s three-part documentary, Exposed: The Ghost Train Fire, revealed overlapping accounts from witnesses about a group of young males seen on the night, as well as the smell of kerosene at the popular ride.

On Thursday, Premier Berejiklian was asked about the fresh evidence and whether she would support an inquest.

In response she advised "I understand that relevant agencies in NSW are considering that”, noting that it was always "really difficult" to decide what needed to be reopened.

Premier Berejiklian went on to say "I know that if that was my family, I'd want that to happen.

"That's why parts of the NSW government are considering our options there and if we can go down that path, we will. But I do want to confirm that we are giving it good consideration."

NSW Senator Andrew Bragg is also supportive of a fresh inquiry but said the form of it should be left to the NSW Government, telling the ABC “the fact that these families haven't had answers for 42 years really is an indictment on the justice system in NSW.”

In a statement, NSW Attorney General Mark Speakman said he was pleased that the NSW Police Commissioner had now committed to consider "new and compelling" evidence, and that the coroner had indicated she would carefully consider any application for a fresh inquest.

Attorney General Speakman’s statement advised “in addition, the Attorney General has asked the Department of Communities and Justice for advice on any appropriate action.

"Anyone, including the program makers, who has information about the fire at Luna Park should contact police as soon as possible."

The first and only inquest, in 1979, was later criticised by the National Crime Authority in a report which labelled it as "substantially ineffective".