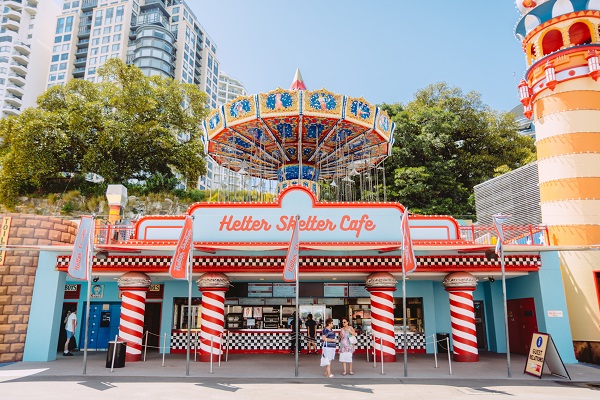 Luna Park Sydney’s proposal to enhance its operations with the addition of temporary rides on the Lavender Green area to its north - currently used as a picnic area - have been met with objections from local residents.

The development proposal released by Luna Park Sydney has outlined plans to set-up temporary rides and facilities on Lavender Green to cater for rising demand in peak periods including school holidays.

The company says that the proposal, which would include “low-impact” attractions such as petting zoos and ice-skating rinks, would ensure the “ongoing viability” of the heritage amusement park in the post Coronavirus world.

Luna Park Managing Director Peter Hearne said the proposal includes provisions for rides to operate at the site for no more than 16 weeks in a 26-week period.

Advising that there would also be restrictions on strobe lights along with limits on noise levels above 85 decibels - on par with the sound of a powered lawnmower - Hearne told the Mosman Daily, “we’ve created parameters including complying with noise operations, a lighting strategy (and) importantly there are no permanent structures going on the site.”

Hearne said he did not expect current health restrictions on public gatherings would delay the development process, adding “we’re working very hard to make sure when the (Coronavirus) pandemic is over and when the restrictions are lifted we’ll be there at the other end to reopen the park for the people of Sydney and NSW.”

However, with local residents having a history of objecting to plans to enhance the heritage amusement park, the Mosman Daily has reported that residents fear the development would lead to unacceptable noise impacts and loss of green space.

Last year the NSW Government released site-specific planning laws for Luna Park Sydney designed to make it easier for low-impact rides to be added to the harbourside venue.

However, the regulations restrict permanent rides on Lavender Green without a development application in what the NSW Department of Planning is a restriction aimed at “ensuring the site stays green”.

Luna Park Sydney, in plans released on Friday, said allowing temporary rides at the site would be “commensurate with the primary intended use of the area for children and families”, adding “the temporary installation of children’s attractions such as a petting zoo, an ice-skating rink, and bouncy castles … will bring much needed fun and excitement once this health crisis is over.

“Without the proposed framework, the viability of Luna Park would be in doubt, and the loss of such a significant and unique Sydney asset would not be in the public interest.”

The proposal is currently open for feedback with submissions due to close on 7th May.