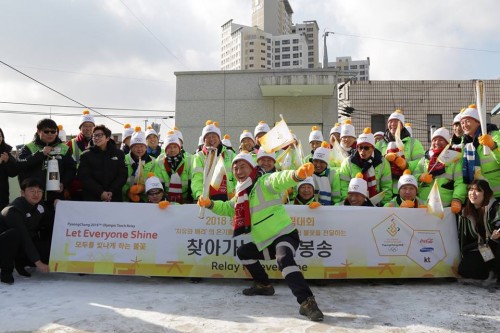 North Korea is to send a delegation of high-ranking officials to the Winter Olympics in the South Korean city of PyeongChang next month.

South Korean news agency Yonhap has reported that talks held today, just one month away from the Games’ opening ceremony, between officials of the divided nation had seen the agreement.

North Korean representative Ri Son Gwon advised that he was hoping "to give precious results to the Korean people who harbour high expectations for this meeting."

The talks have led to hopes of an improvement in relations beween the two Koreas.

Athletes from the North and South Korea have paraded together at the opening and closing ceremonies of major international games before, although it has not been seen since the 2007 Asian Winter Games in China.

Meanwhile Games organisers have advised that ticket sales have not reached anticipated targets with, as of the end of December, just 61% of all tickets having been sold.

Ongoing tensions between the two Koreas are seen as contributing to the lower than expected tickets sales, along with the absence of both Russian athletes and National Hockey League (North America) players – with the NHL having decided not to allow its contracted players to compete.