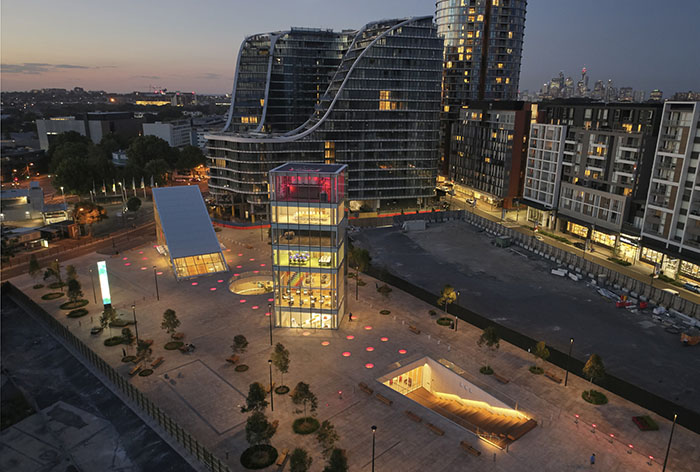 A civic project that includes the Green Square library development by Sydney architects Stewart Hollenstein (in association with Stewart Architecture) and delivered for the City of Sydney Council is now open in the new city district of Green Square.

Hollenstein describes the Green Square library project as an exercise in ‘space-making not space-taking’.

A big catalyst for the design was for the building to be generous and accessible posing the question, public building or public space? The architects turned the brief on its head and designed an underground library to make the public space the hero. Set within what will be Sydney’s highest density development and hemmed in by apartments – the project creates a highly animated 8,000 metres2 public plaza. 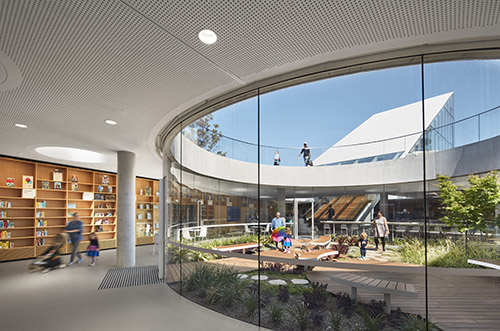 The 3,000 metres2 naturally-lit library is located at the heart of Australia’s largest area of urban renewal, and will provide a focal point for 60,500 new residents planned for the ultra-high density 278 hectare district over the next 10 years. 39 circular skylights (each one metre diameter) dotted into the plaza groundscape deliver filtered natural light and fresh air to the haven of the underground library hall.

Green Square is conceived as a series of spaces engaging with knowledge and learning. The library only has 40,000 books (a small number by library standards) as much of the collection is now digital. The library is exploring new collections to tie in with the range of spaces designed.

For example, they have bought a range of musical instruments which can be hired and played up-stairs in the sprung floor music room. It is a very playful, light and fluid space with many details such as the bookable community space called the ‘Anything Room’; a sunken garden rotunda with a 'story tree' for story time and an amphitheatre which doubles as access to the rear entrance and provides a green-walled retreat for outdoor performance. 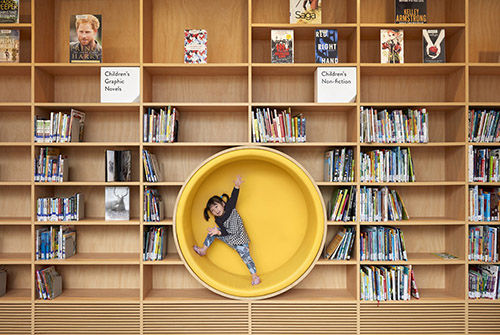 A wedge-shaped glazed pavilion provides an active public interface for the library, accommodating a café that spills out onto the plaza as well as news and magazine sections, information point and self-check-out machines. The triangular entrance pavilion is designed to operate independently from the main library when necessary, with longer public hours. 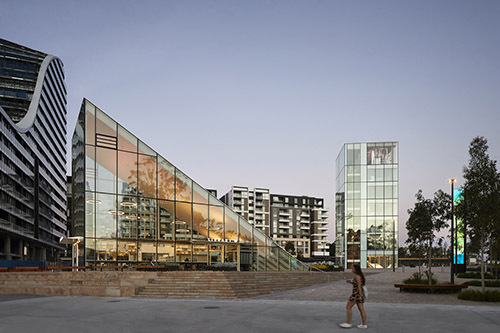 Sustainability features include an innovative system for storing rainwater beneath the plaza deck for irrigation and re-use, and a low-energy displacement ventilation system within the library bookshelves. In response to its location within the water table, the underground library employs a three-layer waterproofing system. The careful selection of drought-tolerant species, and implementation of passive irrigation via surface collection drains, will also reduce the demand on potable water for irrigation.

Although Green Square library is now open, more of the public space development will be finished this year becoming an increasingly valuable commodity. Green Square library recently won The Archi-tectural Review Library Award 2018 which celebrates the best in library design globally. It was praised for its contribution to community infrastructure in its preservation of public space for future genera-tions while simultaneously de-institutionalising the library as a type.